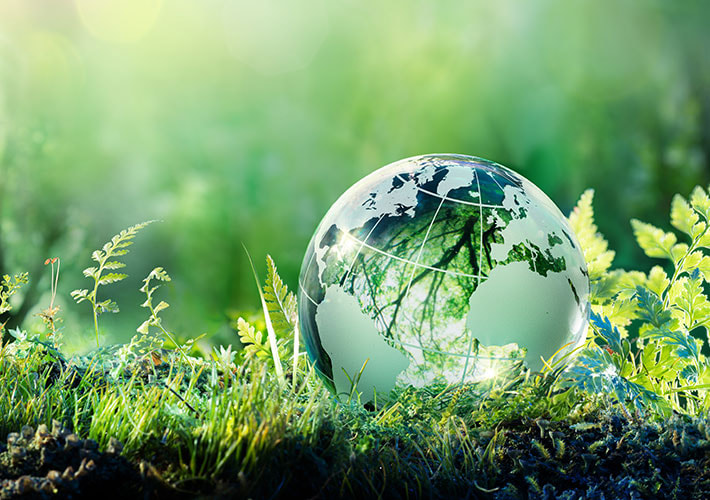 The reoccurrence of the celebration of the world environment Day every year on June 5 reminds us all and generations to come, of the importance of being involved in keeping our environment safe.

Today, our world is battling the constantly changing climatic conditions that threaten our very existence.
Heat-trapping gases are warming the earth and the oceans, resulting in rising sea levels, changes in storm patterns, altered ocean currents, changes in rainfall patterns, extreme heat events, fires, and drought among others.
These impacts are projected to continue and in some cases, intensify, affecting human health, infrastructure, forests, agriculture, freshwater supplies, coastlines, and marine systems.

In the Sekondi Takoradi Metropolis, the city is blessed to have two of the systems needed to mitigate the impact of climate change. The Takoradi Monkey Hill Forest Reserve (TMHFR) and the adjourning Butuah Wetland.

The Takoradi Monkey Hill Forest Reserve, 31.6 acres in size, falls within the dry semi-deciduous (inner zone) forest type and is located in the middle of the fast-growing oil twin city of the Sekondi-Takoradi Metropolis. It maintains a remarkable amount of indigenous flora and fauna, particularly the Mona, white spot-nosed, and the endangered olive Columbus monkeys.

A recent survey in the forest revealed that there are about a hundred and twelve (112) species of vascular plants in the reserve. There are also about 58 species of birds from 26 avian families including Cattle, Little egrets, and four birds of prey that are wholly protected under Schedule I of the Wildlife Conservation Regulation (WCR) of 1971.

Then there is the adjourning Butuah wetland. It is true the place does not look appealing in its current form, but it is functioning as floodplains to contain floodwaters from different parts of the metropolis and channel them into the sea.
Ladies and gentlemen, young and old, until recently, the place was rich in biodiversity with respect to its fisheries, shrubs, and herb species. Butuah used to be the breeding grounds for some freshwater and marine fish species.
Today, Butuah is heavily silted, and its aquatic life has been affected. Rapid urbanization, haphazard development, and pollution from industrial and private infrastructure have affected the biological setting of the wetland environment.

Realising the impact this could have on the limatic conditions in the Sekondi Takoradi Metropolis and the region as a whole, Friends of the Nation and its partners; STMA, Wildlife Division of the Forestry Commission, the Ghana Tourism Authority and other stakeholders believe that the two critical ecosystems can be turned around to serve as a Nature Park for the people in the metropolis and beyond.

Designating the Takoradi Monkey Hill Forest Reserve and the Butuah wetland as a nature park will preserve the two ecosystems to continue functioning as the carbon sink to mitigate the deadly impact of climate change among other climatic challenges. It will also be Ghana’s contribution to the Paris Agreement on Climate Change.

By becoming a Nature Park, the place will be redesigned to serve as important sanctuaries where people take time out, enjoy nature, get fit, relax and revitalize, whilst nature’s inherent biodiversity, especially its flora and fauna serve as artistic, creative, and spiritual inspiration.

On the celebration of World Environment Day, we wish to call on all citizens in the Sekondi Takoradi Metropolis to join the campaign to get the Takoradi Monkey Hill Forest Reserve and the adjourning Butuah wetlands into a Nature Park.

It will be our contribution to “Living Sustainably in Harmony with Nature”, as this year’s theme shows.
Thank you.