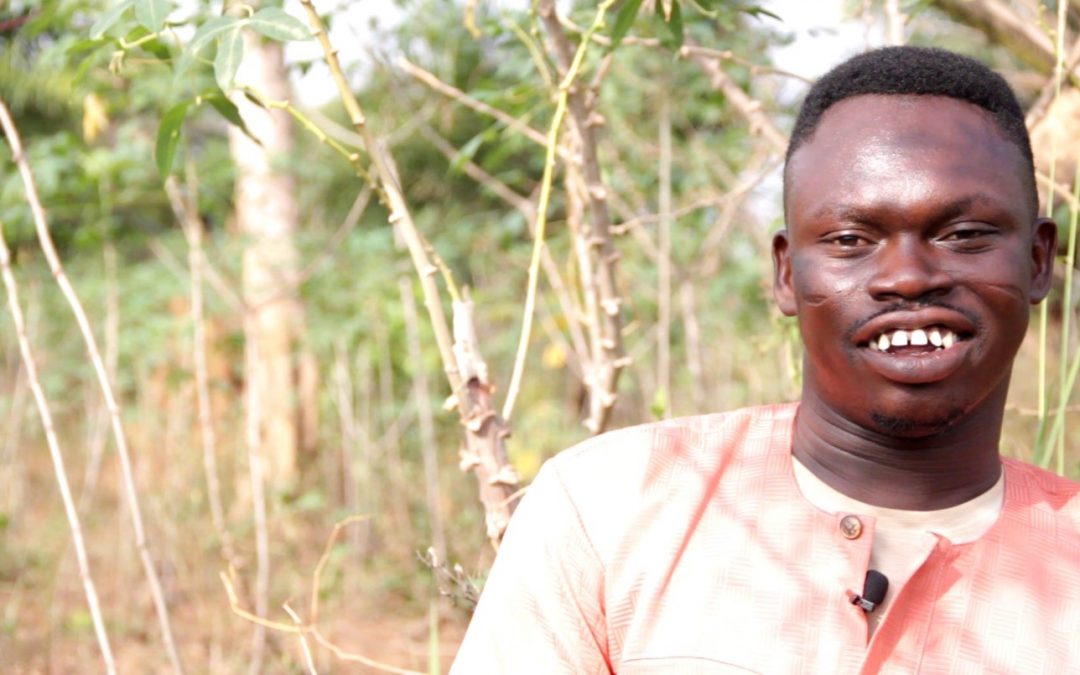 Abdul is 29 years. He is the eldest of three. He has been a farmer since 2013. When his father died sometime in 2012, financial difficulties prevented him from continuing his education to the university level. Limited in options, Abdul went to the man on whose land his father was farming to ask for permission to replace his father on the land use. This request was granted by the owner of the land who is presently living abroad.

Abdul’s farm is 20 minutes’ drive away on a branch route along the Techiman Kumasi Highway. With his wheelchair, he will paddle for a close to 2 hours before reaching the farm. At the farm, he works from one end to another with his hands on the ground. Read more