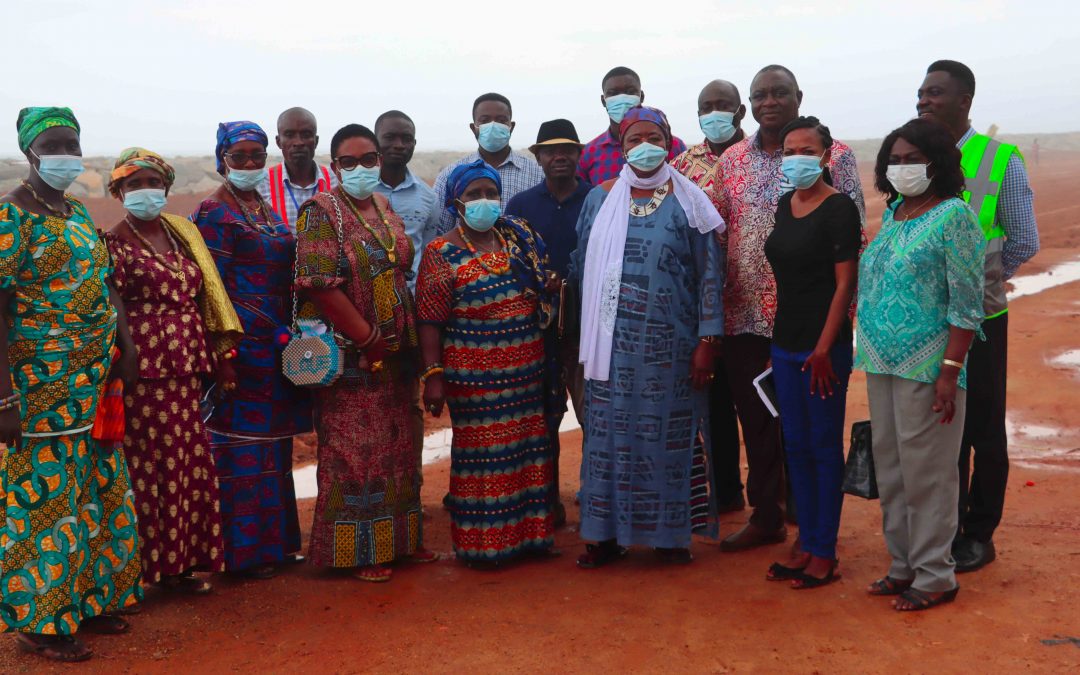 Queen mothers in the Western Region, with support from Friends of the Nation [FoN], the Norwegian Agency for Development Cooperation [Norad] and Oxfam in Ghana has partnered the Public Interest and Accountability Committee (PIAC) to inspect some selected oil-funded projects in the Western Region. The inspection is to ensure that projects that have received oil funds are indeed implemented for beneficiary constituents.

The first of the project to be inspected was a Kindergarten block in Ahinkofi in the Sekondi-Takoradi Metropolis which received GHS 70,390 from oil monies. The project had been completed and is in use. 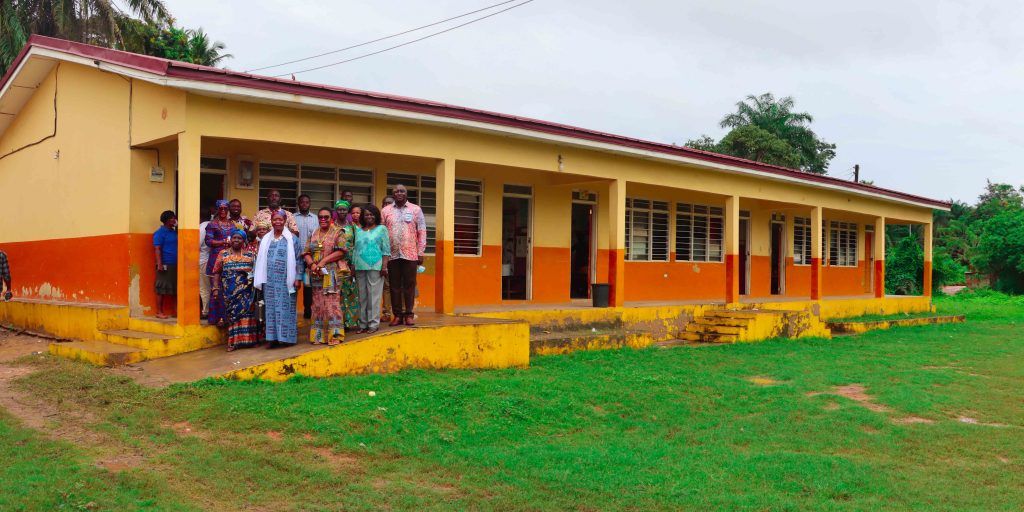 “It’s a beautiful project, except that the Ministry of Education which implemented the project did not include a single washroom or toilet for use by the children who were going to use it. We believe, as queen mothers that, this is not supposed to be happening this time in Ghana’s development”- Queen Mother of Nyanikrom Nana Akosua Gyamfiaba II stated.

The second project to have been inspected is the construction of durbar grounds at New Takoradi also in the Sekondi-Takoradi metropolis.

“This place used to be a refuse dump, but they cleared it for this project. After the pavement, the place did not keep long before portions of the pavement started giving up. What you see is what has become of our durbar grounds”. A resident bemoaned. 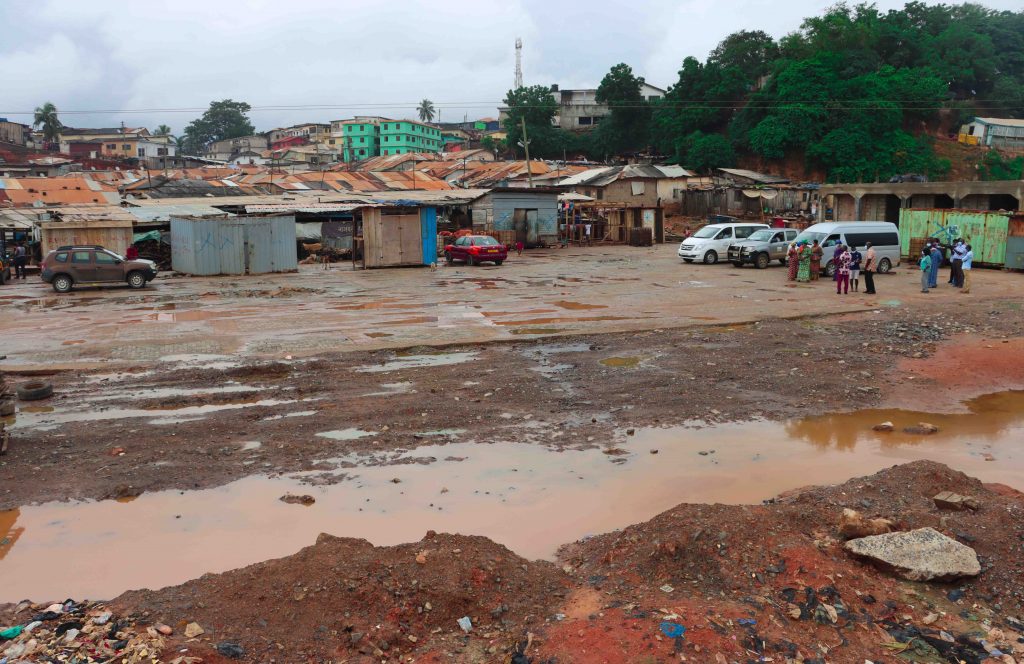 The durbar grounds which was implemented by the Ministry of Special Development received a sum of GHS 184,013 of oil monies. The project at the time the Ministry of Finance reported to PIAC was 80% complete.

“This is a project that has failed… and its needs to be revisited because there is no value for money. The stabilization of the ground before paving was not well done and therefore its caved in and puddles of water gathers on the surface when it rains. We don’t think that it’s the proper account of the utilization of oil resources. Eric Defor, member of PIAC stated.

The Paramount Queen Mother of the Esikadu Traditional Area Nana Ekua Kodu opined that “the ministry responsible for this project should get the contractor back to complete his unfinished business. The people of New Takoradi deserves a befitting Durbar Grounds, not what we are shamefully seeing”.

The last project to have been inspected was the construction of the Amanful Kuma sea Defence project. A sum of GHS 10,000 oil revenues were spent to support the project. The project is been supervised by the Ministry of Water Resources, works and housing.

During the inspection, it became evident that the project has been executed successfully to combat the effect of tidal waves. 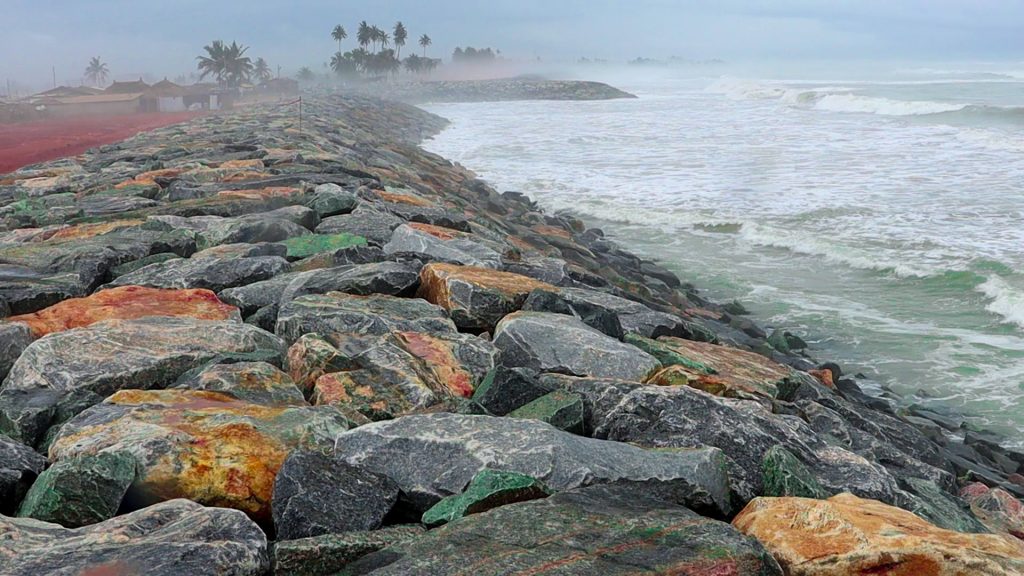 “We believe this is good job done with oil revenues. Upon our physical inspection, you could see that the project is well executed. We know its only a sum of Gh10,000 from the oil revenues that came to this project, but from the look of it, this is how we wish oil revenues are used”. Mr. Eric Dafur remarked.

Apart from the projects that were inspected, there are other projects in the Western Region that are receiving funding from petroleum revenues.