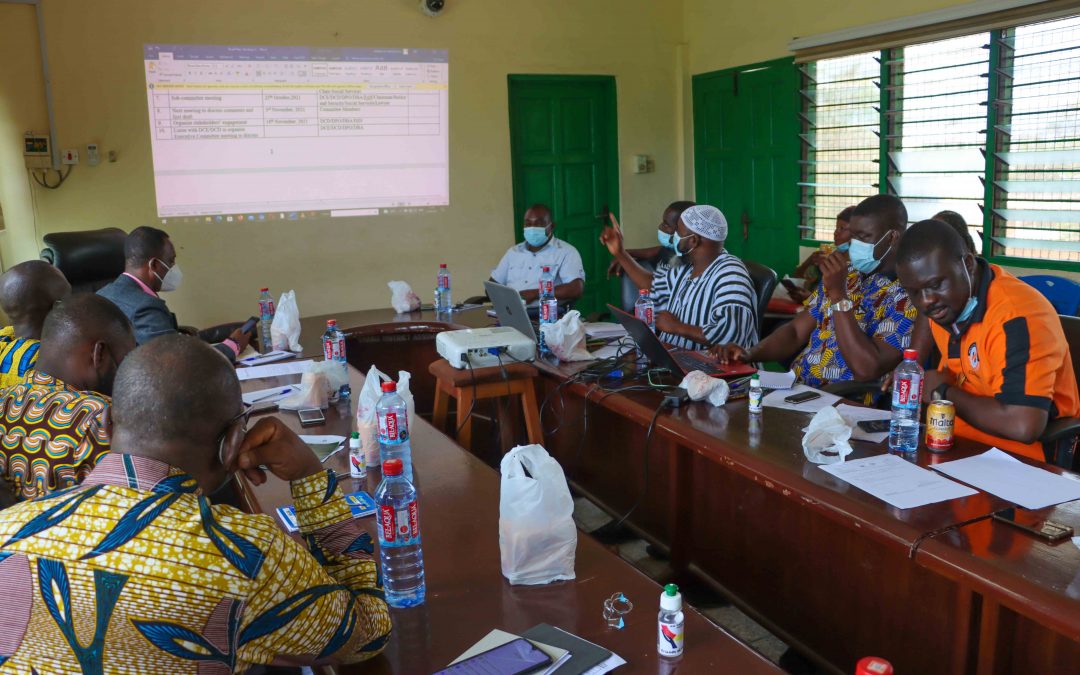 Friends of the Nation [FoN] with its partner Oxfam in Ghana is supporting the Shama District Assembly to complete its bye- laws. These bye-laws have long been standing since the creation of the assembly in 2007.

Addressing members of the Assembly’s technical committee, the Programs Co-ordinator of FoN, Mr. Solomon Kusi-Ampofo reiterated that members should consider provisions in the bye – laws that would champion inclusiveness and the interest of residents.

“You must avoid provisions that distances the people from the assembly”, he said.  He mentioned that series of activities have been lined up to have these bye laws ready and gazzetted before end of 2021. 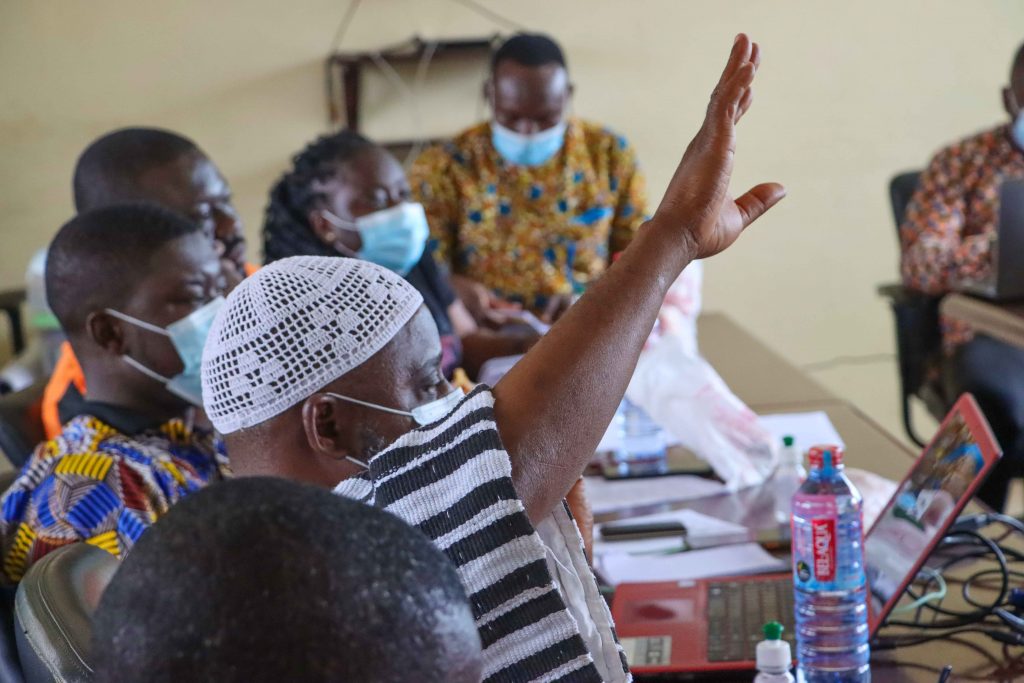 One of the features of these bye laws is the inclusion of shoreline development provisions and social accountability. The Shama District Assembly between 2010 and 2014 had its capacity built in spatial planning and coastal resources management by FoN and its partners. The outcome was the Shama Model which has several social accountability initiatives for enhanced governance in the district. 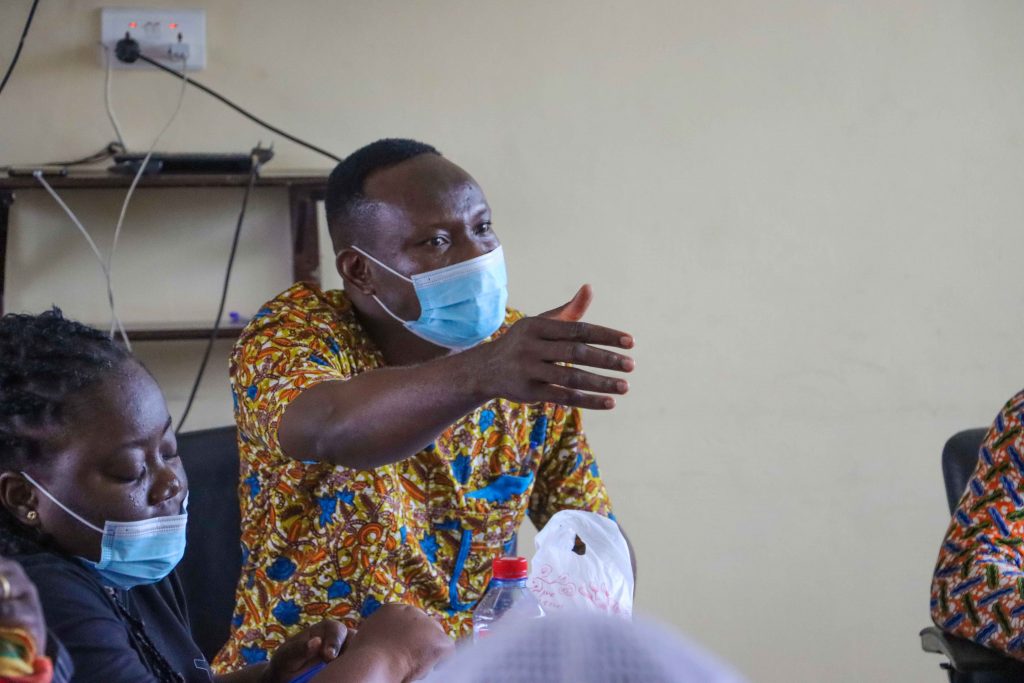 To consolidate and ensure the sustainability of the model, these bye-laws that are yet to be completed and gazzetted will integrate some of the social accountability actions. It is the hope of FoN and Oxfam that the sustainability provisions will enable citizens to participate in the Assembly’s development planning and budgeting. It will also facilitate government’s accountability to the people on better service delivery, improve domestic revenue mobilization, and the creation of platforms for citizens to engage with duty-bearers for better service delivery. 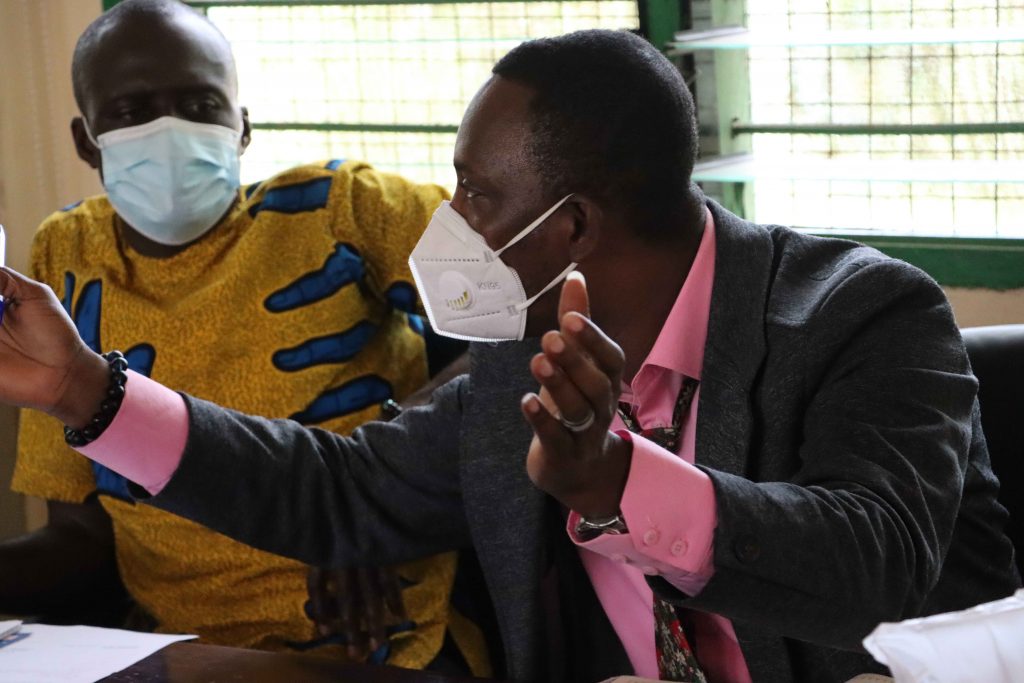 Shama District Legal Counsel making a contribution during the meeting

According to the Planning Officer for the Shama District Alhaji Abu Mahama, the review of the 140-page document will be completed by the technical committee made up of the District legal counsel, traditional leaders, CSOs, assembly members and other technocrats in “some few days to come”, it will then be forwarded to the District Management members for subsequent reviews, after which there will be community sensitization. The drafted by-laws will finally be sent to the Western Regional Coordinating Council before gezzatting.

Mr. Abu added that “when the bye-laws are finally gazzetted by the end of 2021, residents will have civic space for dialogue with the assembly, witness enhanced service delivery and experience the tenets of open governance and social accountability”.