Another dead whale washed in Western Region of Ghana 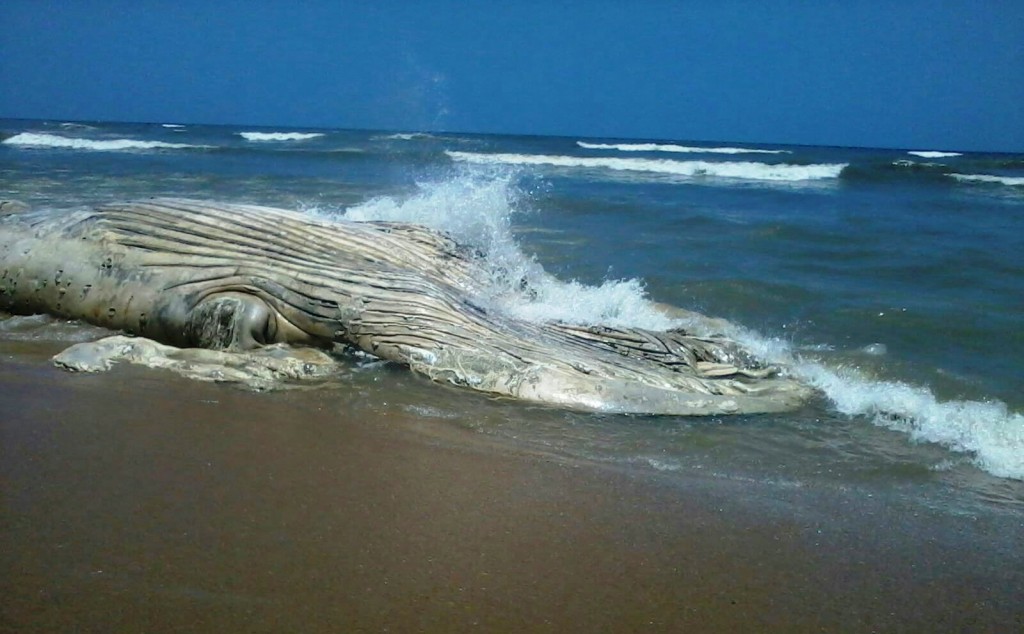 Shocking and saddening news – another dead whale has washed ashore in Western Region of Ghana. The increased rate of washing ashore of dead whales is of great concern to the general public in Ghana with already over 25 whales having washed ashore since 2009. Local coastal communities depend on fishing as their livelihood and are now afraid that possible causes for the deaths of the whales will affect them as well.

The community folks in Atuabo of the Ellembelle District in the Western Region woke-up in the morning of Sunday, August 17, 2014 to the pungent smell of a dead whale. The carcass, measuring around 10 Meters in length and likely to be a humpback whale, was found on the beach of the community at about 6:00am.

The carcass was already decomposing and community members are worried about the situation, as several calls to the Environmental Protection Agency (EPA) and other regulatory agencies have not yielded any results yet. The major worry for the community folks is how to appropriately dispose of the carcass. Like many others they are asking what could be the cause of the rampant washing ashore of dead whales on the coast of the Western Region.

Just on August 4, 2014, Friends of the Nation (FoN) had issued a press release to raise awareness about the outstanding report expected from the whale committee commissioned by EPA in February 2014 to investigate the washing ashore of whale in Ghana after directives from the Office of the President. The report had been promised since, but till date no report has been issued by the committee.

Meanwhile, the beaching of dead whales continues to bother coastal communities and stakeholders. Another migratory season for whales in our waters has just started (August to February) and the simple question is: what is the cause of the washing ashore of the whales during this period in recent times?

FoN therefore urges the EPA to share their report if any so that stakeholders could discuss it. This report could inform on what is killing the whales and whether it could have any impacts on humans.