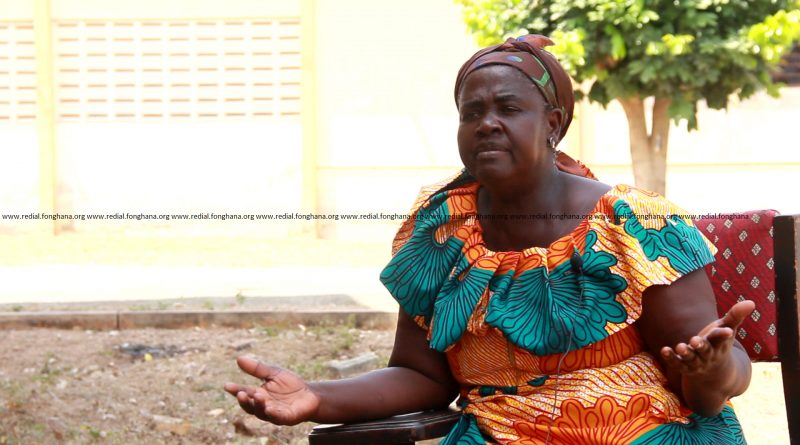 Some female farmers at Donkorkrom in the Kwahu Afram Plains North Municipality in the Eastern Region of Ghana have said that they encounter high levels of post-harvest loses after laboriously engaging in farming activities so were giving up on farming.

One of the women, Madam Emma Gyemfi, who was crowned the 2007 Kwahu Afram Plains North Municipal Best Farmer explained that the small-scale women farmers do not have access to mechanized equipment to thresh their grains after harvesting, so they have to manually thresh their grains leading to long hours and many days of manual work with their children, but they still lose about 50% value of the grains from the manual threshing. Joined by other women they explained that the post-harvest loses has being a major disincentive for them and for this reason many female farmers were giving up on farming.

They explained that there are limited threshers in the area but could be accessed by large scale farmers cultivating over 10-100 acres of land. However, the small holder farmers are many in the district and have to wait for several weeks before they could get access to a thresher. They continued that in between the waiting period, bush fires, animals, rains, etc. destroy most of their produce.

They noted that most times they do not get access to the threshers at all, and so they have to resort to manual threshing by beating their grains and cereals with sticks; an exercise that consumes time and breaks most of the grains in the long run. They also said Persons with disabilities and other marginalized groups who are into farming are usually at a disadvantaged as it cost them more to get labour to cultivate their crops and to thresh after harvesting.

The women were excited with the introduction of the multi-crop threshers by the ReDIAL poject to help them thresh their grains and cereals, hitherto left to rot in their farms and barns.

According to them, the threshers provided by ReDIAL project will help them to see an end to the loss of several bags of their grains (maize, rice, etc,) due to the scarcity of the threshers in the municipality.

Madam Emma Gyemfi explained that she could confidently back down on her plan to end her over 40 years farming career this year [2021]”.

The other women also explained that they would have given up on farming to other ventures but the ReDIAL project has given they hope to continue farming to support the food security requirement of the Nation.

Notes: The Research for Development and Innovation Agriculture and Learning (ReDIAL) project is a 4-year project funded by the European Union (EU). The project is introducing a total of 10 multi-crop threshers in five municipalities: Sefwi Wiawso, Kwahu Afram Plains North, Ejura-Skyeredumase, Techiman and the Yendi Municipalities of Ghana.

The ReDIAL Project is being implemented by two NGOs: Friends of the Nation (FoN)the lead and Tropenbos (TBG) and One Research University: Kwame Nkrumah University of Science and Technology, Faculty of Renewable Natural Resources (KNUST FRNR).  Other partners to the project are SAYeTECH company and SESI Technologies.