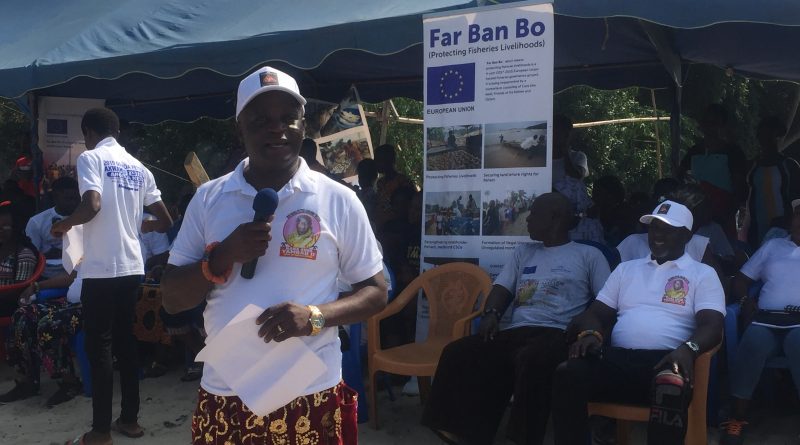 The fishermen, led by their chief Fisherman, Nana Obrenu Dabum III, said to strictly abide by their decision, a taskforce has been set up to regularly patrol the shores to prevent alien fishermen from engaging IUU practices oblong their beaches.The fishermen and fishmongers participated in activities such as swimming, tug of peace and regatta and were awarded cash prizes.

He pointed out that the continuous decline of fisheries stocks was mainly due to the attitude of some fishermen and admonished them to desist from bad practices and report those who engaged in IUU to the appropriate authorities for punishment.

“The fishermen at Gomoa Fetteh has stopped the IUU and do not allow colleagues to engage in it and also, fishmongers are not allowed to buy fish that landed at the beach, if the fishermen had used illegal methods” and urged all fishing communities to do same.He said the Far Ban Bo project is designed to address the challenges of overfishing and unsustainable fishing, including Illegal, Unreported and Unregulated (IUU) fishing, low compliance and weak capacity for law enforcement within the sector.GNA

He said five IUU Monitoring Committees have been established under the project to identify, monitor and document IUU issues at the community level. 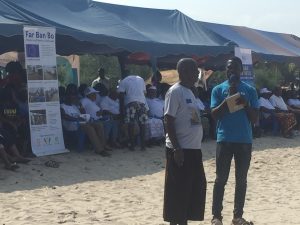 Mr. Philip Prah, Project Officer of FoN commened the fishermen for leading in lead the campaign against the use of irrational methods, including IUU fishing, of exploitation.

He noted that the dwindling fish stock being witnessed was because fishermen continued to engage in illegal fishing practices in the fishing communities, and expressed his determination to put an end to such practices in his area.

Nana Dabum explained that the fishermen’s day was instituted as part of activities to mark the celebration of their festival to educate them on IUU practices.

The event was facilitated by Friends of the Nation (FoN) and with support from the “Far Ban Bo Project”, which is funded by the European Union (EU).

They made the resolution at a fishermen’s forum and a regatta event organised as part of a week-long activity to mark this year’s Ahobaa Kese festival, celebrated by the chiefs and people of Gomoa Fetteh.

Gomoa Fetteh (C/R), Aug. 27, GNA – Fishermen in Gomoa Fetteh in the Central Region have expressed their resolve to end Illegal, Unregulated and Unreported fishing practices on their fishing shores.