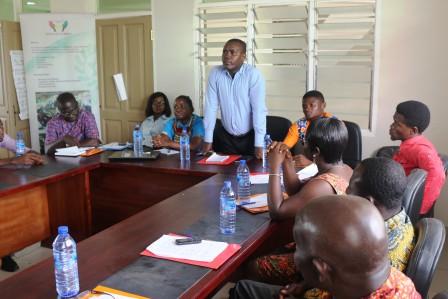 Within the context of Community Development, Social Accountability has been one daunting pressing issue. It is a platform where duty bearers and officials are required to be accountable and take responsibility for their actions in community development initiatives.

Friends of the Nation (FoN) with support from Centre for Democratic Development (CDD) organised a 3-day training on Data Collection Tools for 30 civil society actors and District Assembly staff on Citizens’ Assessment of Performance of District Assembly (Citizens’ Report Card) as part of the “Promoting Social Accountability in the Utilisation of Public Resources Through Citizen’s Participation in the Shama District” project. 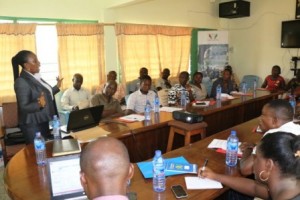 The 3-day training programme which was hosted by the Shama District Assembly took place on the February 9 – 11, 2016; with an objective of building capacity of Civil Society Actors on Social Accountability tools (particularly the Citizens’ Report Card).Participants who numbered 30 were made up officials from various decentralized departments within the assembly, CSOs, Assembly and Unit Committee members, and community members.

In his welcome address, the District Chief Executive (DCE) of the Shama District Assembly, Hon. Eric Cobbinah stressed on the fact that, there would not be any meaningful development without accountability.He emphasized that, accountability enhances the confidence citizens have in their leaders.

Citizens’ Report Card is a performance monitoring tool by which citizens assess on-going and completed projects in their communities and give feedback on the performance of the MMDAs. This enlightens the government and the MMDAs on the needs of the people. It also provides reliable and quantitative information whilst revealing areas where duty bearers responsible for service provision have, or have not achieved service standards.

It provides a platform for citizens to influence the delivery of service through decision-making which ensures high sense of ownership in the result of service provided to communities by government agencies. 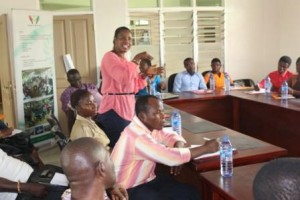 Madam Sabina Buabeng, Science, Maths and ICT Coordinator of Ghana Education Service as well as the NGO Coordinator at Shama District Assembly, expressed her gratitude on her capacity built in terms of Social Accountability.

She said,“Social Accountability gives the opportunity for the Assembly to be accountable to the citizens on every activity taken within the district. She urged citizens to be fully active in every activity that goes on within the district so that their involvement in decision making will be greatly felt. Their citizen’s involvement will in a way enlighten them on the various projects that are executed in the district with their associated funds. It will help citizen to know which projects are being funded with the IGF, the DDF, DCF, MP’s Common Fund as well as other Donor Funded projects. I look forward to a massive cooperation and participation when we set out to communities to carry out the Citizen’s Report Card Survey. 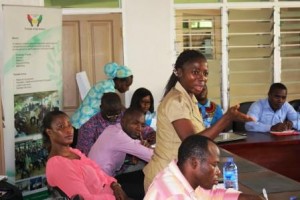 Rosemond Ayibeah, of the Environmental Health Department, Shama District Assembly also expressed her delight for partaking in the 3-day training workshop organised by Friends of the Nation.

“I am pleased that this training has enlighten me on Social Accountability and some of the tools being used. The Citizens’ Report Card tool provides the platform for citizens to be aware of the services that the district assembly delivers to them, serves as a monitoring tool for citizens and also, a tool used in assessing the performance of the assembly. Moreover, the training has taught me the various source of funding that the Assembly depends on in carrying out its activities in the communities within the district. With regards to this, if the citizens are well informed of these various funds and the projects being used to execute them, it will promote active citizenship and even urged them to contribute massively to the Internal Generated Fund. I will urge my colleagues to use the Citizens’ Report Card Survey as an opportunity to educate the citizens as well. I look forward to attend any upcoming training.