The 19th marine mammal washed ashore in Ghana since 2009 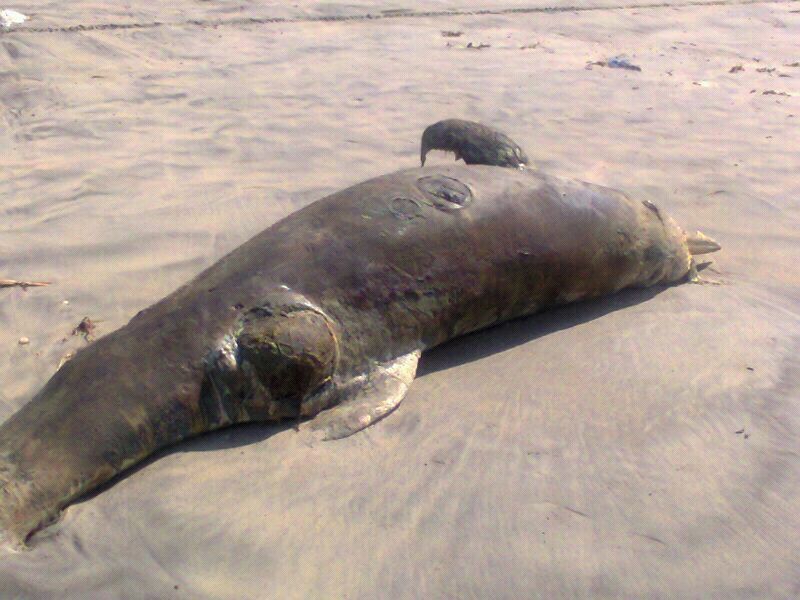 The washing ashore of marine mammals in Ghana is still not stopping. On October 20 and 21, 2013, two more mammals were found dead at the coast of Asanta in the Ellembelle District in the Western Region. These carcasses present the 18th and 19th incidents respectively within the last four years. Citizens in the coastal areas are trying to correlate these unfortunate events to the offshore oil and gas, since the production started around the same period (2009). Two dead mammals after each other within just two days caused a shock amongst locals. People in the coastal community are asking for answers.

Just recently a number of whales had been washed ashore at the beaches around Accra and in the Western Region of Ghana. The last one was a juvenile whale found in the same area in Ellembelle District on October 8th. The last two mammals raise the number to eight (8) dead marine mammals washed ashore within just two (2) months. The marine mammals were already decomposing when found which made it very difficult to recognize specific features of the mammals without experts on the ground.

Mr. Joseph Ebambey, the Chief Fisherman of Asanta, says that they always call the Environment Protection Agency (EPA) officials in Takoradi and the local District Assembly in Ellembelle District. In case of any reaction, officials come and bury the whale – without explaining or even searching for cause of death.

Even though officials from EPA have denied any link between the deaths of the mammals and the petroleum production, they still haven’t told the public the actual reason for the dying of the whales. This has raised even more fears and uncertainties among fishermen and local communities. 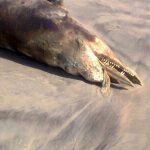 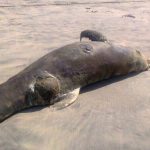 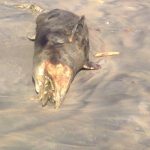 Citizens in the coastal districts in the Western Region are very concerned about the deaths of the marine mammals. Some of the questions they have raised include the following:

– Are the deaths of the whales caused by a possible pollution of the water? Or is the water polluted to the extent that small fishes that represent nutrition in the food chain for marine mammals are dying?
– Are the whales being hit by vessels deep in the sea and die because of the collision?
– Are the whales disoriented due to noises caused by oil and gas exploitation activities and therefore swim to shallow waters where they die?

Friends of the Nation is documenting and keeping track of the number and locations of the dead mammals.

“The bio-diversity conversation is at utmost importance to ensure balance in the eco-system’s functions and services. The washing ashore of dead mammals should be a major concern not only for coastal communities, but for all of us. When whales die, we have to take it serious and investigate to unravel the mystery of their deaths,” says Kyei Kwadwo Yamoah, Program Coordinator, Natural Resource Management at Friends of the Nation.

Here you can find the complete [private role=”subscriber”]