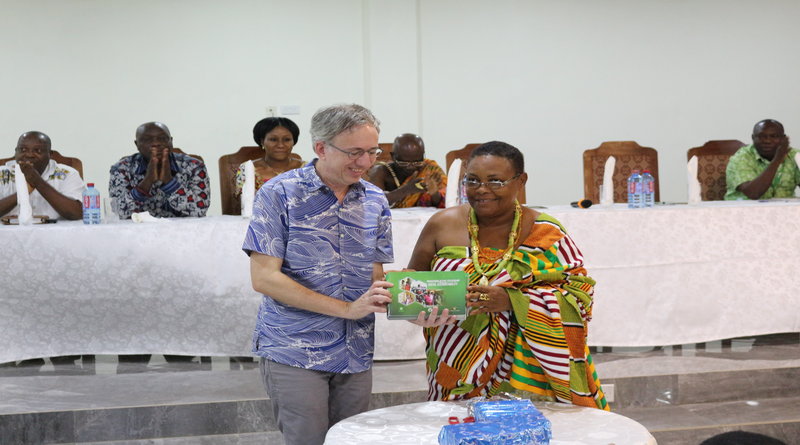 Social Accountability has proven a pivotal role in exacting government’s accountability to its citizens. It has contributed to empowering citizens to put pressure on the state or local government and the private sector to meet their obligations to provide quality services. There are many examples across developing countries where social accountability actions have led to improved service delivery, active citizens, enhanced revenue mobilisation and cordial relationship between citizens and local government. Such success stories have been demonstrated in Shama District of the Western Region of Ghana.

Since 2010, Friends of the Nation( FoN) has collaborated with the Shama District Assembly to engage in participatory processes to prepare the District’s Spatial Development Framework (SDF) and Medium-Term Plans including budgets. With active involvement of the citizens through various Town Hall meetings and Citizens’ Forums, these engagements have crystallized to a shining model of best practice in local governance worthy of emulation. For instance, the SDF of Shama has been cited by the National Development Commission as an example for other Districts to emulate. 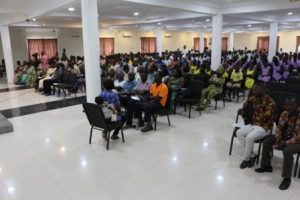 Further, over 6,000 people from 34 communities have been directly engaged in preparing the District Medium-Term Development Plan and accounting for its implementation.  These laudable initiatives have drawn praises from Senior Public Officers such as Mr. Jonathan Asazoo, a Deputy Director from the National Development Planning Commission, who made this remark during one of the citizens’ engagement,“I commend Shama District Assembly and its partners of ensuring active citizens’ participation in this exercise. The processes and outcomes of the Shama Development Plan serve as a model for other Metropolitan, Municipal and District Assemblies to emulate.”

Inspired by the great success in Shama, Friends of the Nation with support from Oxfam launched a Book titled: Awakening Active Citizenship through Social Accountability. The book tells the story of how Shama District Assembly, which is fairly young, has been able to mobilise its citizens to be actively involved in their own development. It is a story of a paradigm shift from the typical closed and bureaucratic local governance structure to a more open, transparent and inclusive Assembly. The book catalogue experiences and testimonies of community leaders and bureaucrats who actively participated in this great initiative and how it has impacted on their lives and the citizens of Shama. 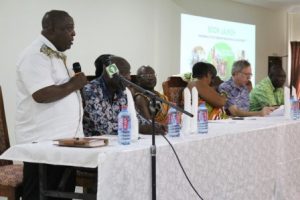 The launch was attended by over 300 people which included, traditional leaders, District Assembly officers, students, Assemblymembers, Persons with Disability, religious leaders, fisher folks, market women and community-based organisations. Addressing the gathering, the Executive Director of Friends of the Nation, Mr. Donkris Mevuta said, “these interventions in Shama has engendered greater transparency, accountability and active citizenship to ensure the people’s resources are managed judiciously. The Assembly has now avail itself for public scrutiny and has developed a model for participatory governance”. He expressed FoN’s continuous support to Shama and other Assemblies to bring governance closer to the people.

Launching the book, Ian Gary, Associate Policy Director, Oxfam America urged oil companies to learn the experiences from the Shama example and design their corporate social investment interventions to reflect priorities in the District Medium Development Plans. He called on the citizenry to remain focused on monitoring the utilization of oil revenues invested in projects in their communities.