Our Wetlands, Our Future! 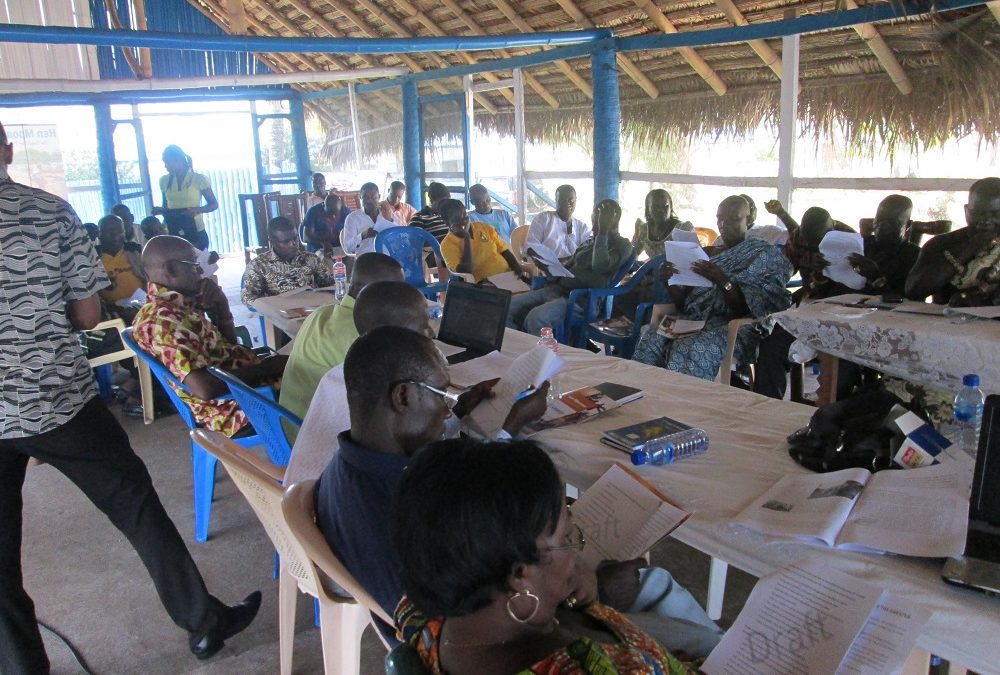 On June 5 and 6 2013 the second Amanzule Planning Retreat under the theme ‘ye aza ne mo, ye kenlebie’ (our wetlands, our future) took place. The retreat was attended by over 50 stakeholders including chiefs, municipal and district chief executives, development planners, fishermen, farmers and members of civil society groups.
The coastal communities of the Amanzule wetland areas in the Western Region of Ghana are faced with problems such as bad fishing practices, regular incidence of algal bloom in the marine environment, dwindling fish stock, displacement of fishing and agro-based livelihoods due to coastal erosion, high school drop-out rate and poor pupil performance, increased filling of wetlands and floodplains, flooding, lack of participation in resource allocation decision-making among others. 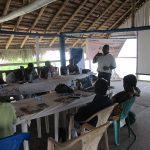 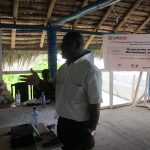 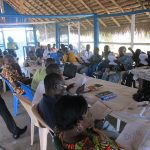 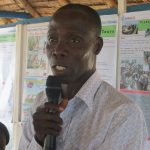 Due to these problems and other emerging challenges owing to planned development of oil and gas facilities and mining activities, discussions at the 2nd Planning Retreat centered on diverse seascape and landscape issues. These included green-green in the marine waters, customary laws and practices in wetland area, the proposed conservation management model, bamboo inventory assessment, recent satellite imagery and its implications as well as Population Health and Environment (PHE) issues and interventions in the Ellembelle and Jomoro Districts.
The Greater Amanzule Wetlands stretches from the Ankobra River estuary to the Ivory Coast border and covers the coastal plains of the Ellembelle and Jomoro Districts and to a little extent, the Nzema East District but is yet to have a formal conservation status. During the first Amanzule Planning Retreat in 2012, the Amanzule Working Group (AWG) was created and tasked with designing the preferred conservation scenario for the Greater Amanzule Landscape. The AWG comprising traditional authorities, people in government and civil society completed this task after series of discussions, studies and consultations. As such, the main objective of the 2nd retreat was to have a formal endorsement of the conservation scenario by stakeholders present.
At the end of the two day retreat, not only did stakeholders endorse the Conservation Scenario document but also passed and signed a Resolution for the conservation of the Greater Amanzule wetlands.