Needs assessment for the preparation of Medium Term Development Plan 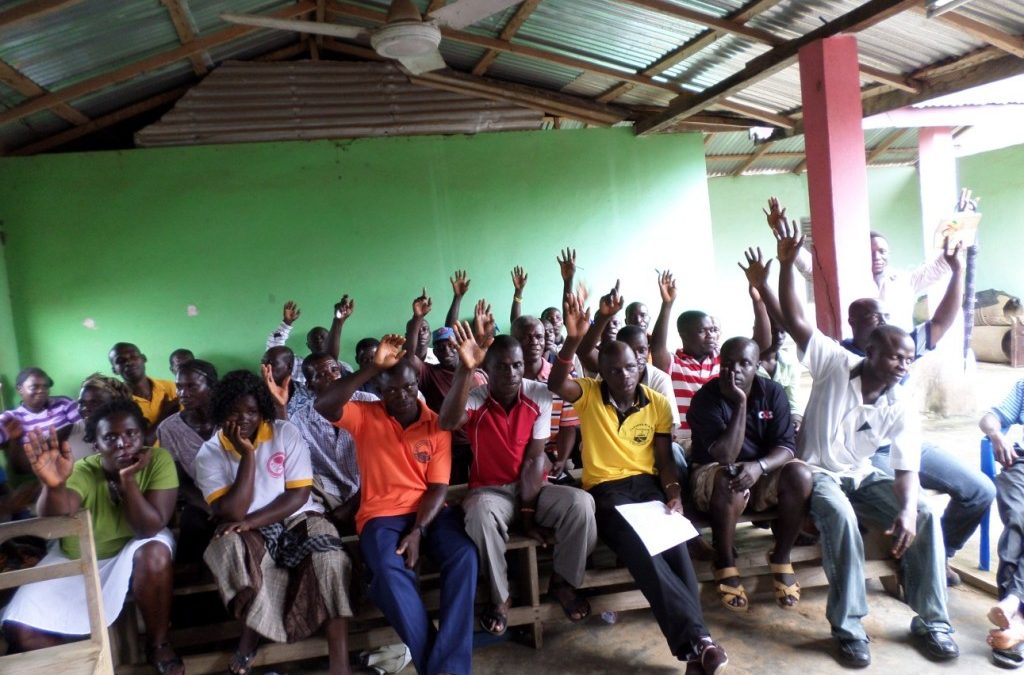 One of the core requirements for the preparation of Districts’ Medium Term Development Plans (DMTDP) is the conduct of needs assessment to capture communities’ perspective on current needs and aspirations. The collation of this information forms the basis for the development of project and programmes as inputs into the DMTDP and Annual Action Plans for Metropolitan, Municipal and District Assemblies (MMDAs) in Ghana.

Against this background, Friends of the Nation collaborated with the Jomoro District Assembly to conduct participatory needs assessment in all the ten Area Councils within the District. The Area Councils are Newtown, Dwene, Half Assini, Takinta and Tikobo No.1. The rest are Tikobo No.2, Elubo, Bonyere, Beyin and Mpataba. The exercise was conducted from June 13 – 24, 2014. The assessment formed part of activities under the Bridging the Gaps in Local Governance project funded by STAR (Strengthening Transparency Accountability and Responsiveness) Ghana. Facilitations during the field work were done by the District Medium Term Development Planning Team and project staff from FoN. The objective of this exercise was to solicit the communities’ problems, challenges and prioritised development projects as inputs into the DMTDP (2014-2017) through a participatory approach.

In all, 820 people from 60 communities participated in the needs assessment. They consisted of 500 men, 305 women and 15 PWDs. The participants were made of representatives of identified groups and key stakeholders such as the traditional authorities, fishers, traders, dressmakers, hairdressers, mechanics, transport owners, caterers etc.

The facilitations were done by the DMTDP preparation team, whilest the moderation was done by the project team of Friends of the Nation. The lead facilitation was done by the District Planning Officers while other team members facilitated the group sessions and responded to questions and comments from participants. The Deputy District Coordinating Director, who doubles as the desk officer for strengthening of the sub-district structures had special sessions with the leadership of the Area Councils which comprises Assembly members, unit committees and other opinion leaders to discuss issues affecting the functionality of the Area Councils and how they could be addressed.

Problems identified varied from issues such as soil erosions, sand winning at beaches, high cost of utility bills, Dilapidated school building and inadequate sanitary facilities to reckless driving due to lack of speed ramps and health risks due to improper waste management, and many more.