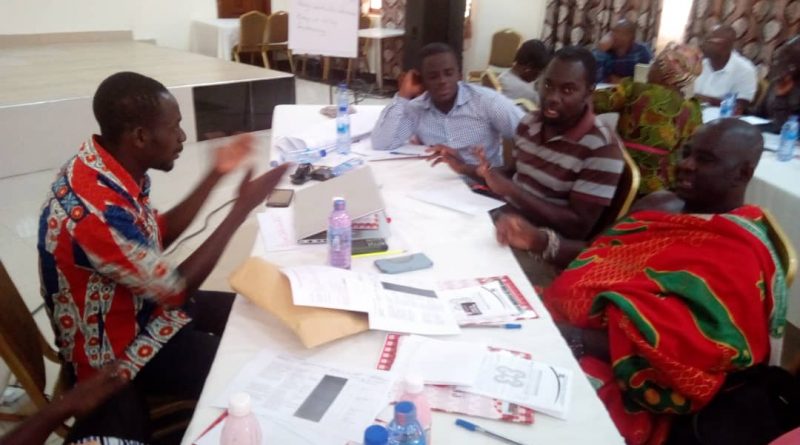 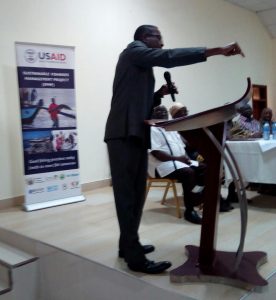 The Minister for Central Region, Hon. Kwamena Duncan has suggested the drawing and implementation of a “Marshall Plan” to holistically deal with socio-economic issues in coastal-fishing communities.
He made this call when he addressed the closing ceremony of a two-day Strategic Planning Meeting for Child Protection Commiittees (CPCs) drawn from ten District Assemblies on the coastal belt and periphery areas of the Central Region on Thursday 30th August 2018  organised by Friends of the Nation (FoN) under the auspices of the Sustainable Fisheries Management Project (USAID-SFMP) and chaired by Osabarima Kwesi Atta II, Paramount Chief of Oguaa Tradional Area (Cape Coast).

The objective of the program which brought together seventy-one participants from the ten Assemblies’ CPCs. for the Assemblies was to come up with sustainable strategies to combat Child Labor & Trafficking (CLaT).
In a complimentary parallel activity, twenty-four media personnel drawn from the four coastal regions of the country participated in a capacity enhancement program to update them on CLaT activities on the coastal belt of the Central Region as a source area for recruiting and victims, and the Volta Lake and Western Region as recipient areas for CLaT in Fisheries victims.
The participating sister anti-Human trafficking organizations and the MMDAs were encouraged to network with FoN for resource mobilization and program implementation in combating human trafficking and related developmental program purposes. 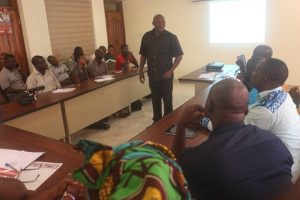 On behalf of the Executive Director of FoN, Mr. Donkris Mevuta, the Anti-CLaT Advocacy Officer of FoN Mr. Kwesi Johnson told the media that the coastal belt has become the supplier for cheap and illegal labor for CLaT in fisheries as a result of poverty induced by dwindling fish catches.
FoN therefore entreated the media to contribute to tackling poverty in the area through regular exposure of unsustainable and illegal practices in fisheries, and also human trafficking.

The CPCs issued a communique that entreated government to adequately resource the Assemblies and agencies to combat CLaT and human trafficking as the country risks losing international funding support if it is blacklisted again as in recent times for “not doing enough to combat human trafficking”.

In conclusion of the communique, the CPCs requested of the government to be firm in enforcement of fisheries laws as illegalities in the sector is the main reason for poverty in the coastal belt.