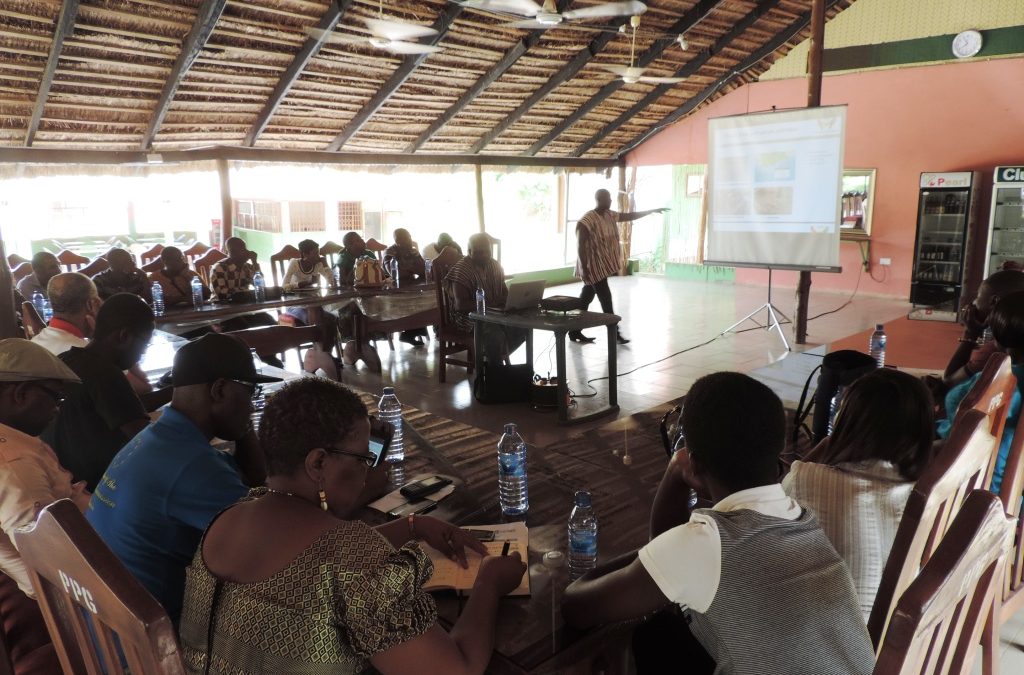 The Institute of Financial and Economic Journalists (IFEJ) from Accra paid a visit to Friends of the Nation (FoN) on May 29, 2015, to learn about the NGO’s areas of intervention. About thirty members of the journalist association undertook a study trip to the Western Region, supported by Deutsche Gesellschaft für Internationale Zusammenarbeit (GIZ), to listen to voices on the field and observe the impact of the oil and gas sector on the local fishing industry. 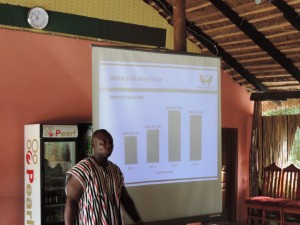 The Team visited FoN office at Adiembra-Sekondi in the morning. Kyei Yamoah, Programs Manager at FoN, led the journalists through a presentation showcasing the activities of FoN, with special focus on the organization’s research and advocacy interventions in the petroleum sector. He explained that FoN interacts with local communities as well as regulators and private sector to establish a dialogue between the parties involved as well as advocate for improved oil and gas governance.

He enlightened the interested journalist about the amount of revenues generated from the oil sector since 2011. In spite of the modest production levels, oil has now become the second largest export of Ghana – US$2.7 billion in 2011 to US$3 billion in 2012, following gold and overtaking cocoa since then. He explained there were very good contributions from the petroleum sector to Ghana’s economy but added the fact of emerging negative threats in the Western Region. Some of the threats from petroleum activities include accidents with local fishermen, loss of fishing grounds, destruction and damage of fishing gears, and last but not least, perturbation of the local flora and fauna: e.g. since 2009, the rate of dead whales being washed ashore have increased by far which causes communities as well as general public to wonder what has evoked this occurrence. 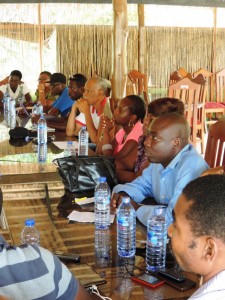 The journalists were interested to hear about FoN’s work and interactions with government and other regulatory agencies as well as local communities. In response to this Kyei described different tools and methods that FoN is using to cooperate and network with the relevant stakeholders, e.g. the CEMAGs structure: Community Environmental Monitoring & Advocacy Groups comprising of Religious and Traditional Leaders, Fisherman and Fish Mongers, Assembly and Community Members, media practitioners, Civil Society Organisations and others.

The journalists were impressed by the interventions of FoN in the sector. The visit continued to Abuesi with a project officer of FoN for interactions with the Chief Fisherman of the town.

IFEJ was established in 1991 with the support of the World Bank and encouragement from the Finance Ministry of Ghana (MoF). 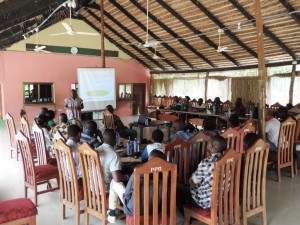 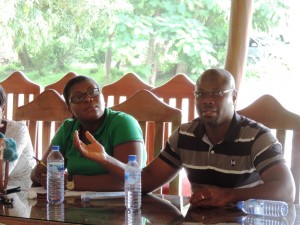