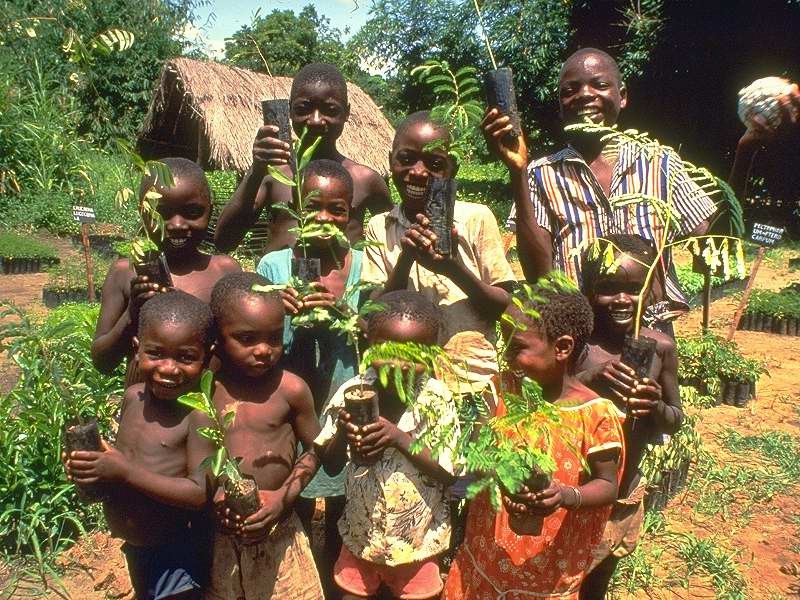 The Akim Takyimang Sacred Grove Protection project supported by the Netherlands Committee of the World Conservation Union (NC-IUCN) between 1997-1999. Akim Takyimang is a village in the Kwaebibirim District of the Eastern Region. The sacred grove has been the only remaining virgin forest in the traditional area Through unsustainable farming practices, farm lands had become scarce pressure was put on forest areas and the sacred grove was threatened as farmers turned attention at encroaching on the grove. Due to unemployment, there was an upsurge in itinerant loggers, especially, among the youth in need of money to get Royal Palace Renovated, Community agreed to lease out the grove to timber contractor for logging

The phase one had a goal aimed at encroachment and degradation of the sacred grove halted and private forest development initiated, while the phase two’s implemented in eight other communities aimed at achieving an environmentally sustainable social and economic development and rural poverty reduction. Lessons learnt were: