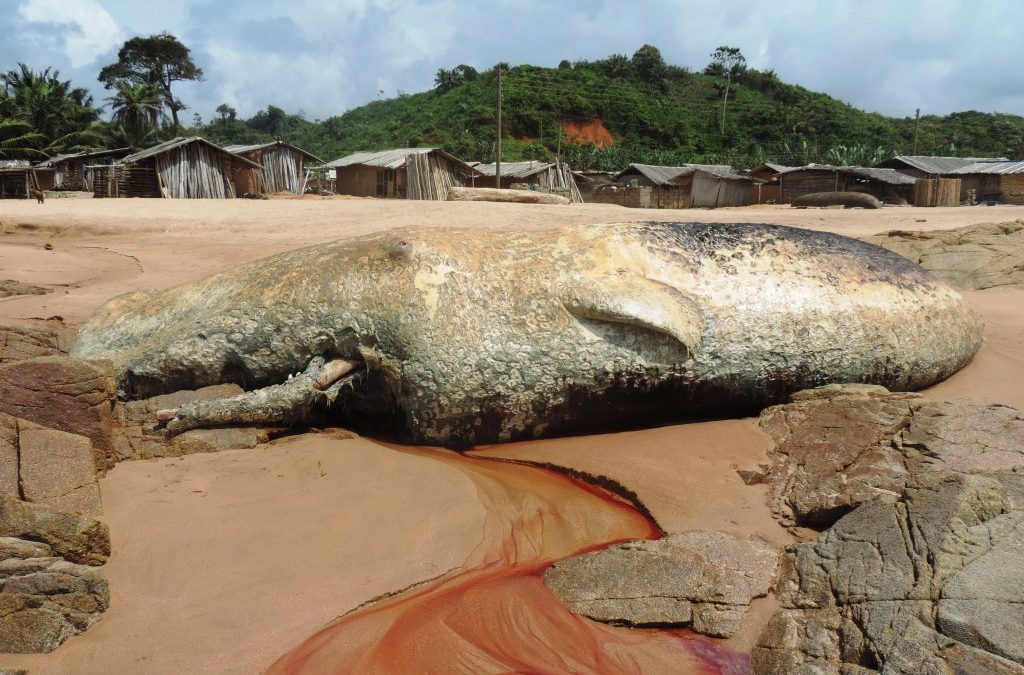 On Wednesday, November 21, 2013, Community members of Domunli, a coastal community in the Nzema East Municipality in the Western Region, held a funeral for a 10.4 meter long dead sperm whale that has washed ashore at the beach. This was the 21st dead whale washed ashore on the coast of Ghana since 2009.

The socio-environmental NGO, Friends of the Nation (FoN), mobilized the community to hold a traditional ritual for the dead whale. Community members gathered in traditional funeral dresses (red and black attire with a red band); amidst traditional drumming and dancing they sang funeral songs to bid farewell to the whale, calling it “god” and “ancestor” in their local language. The Chief Fishermen and elders from nearby communities Axim and Egyan got together to pour libation and say prayers to the gods to help them unravel the mystery of the rampant washing ashore of dead whales. 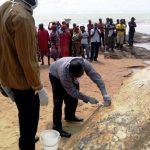 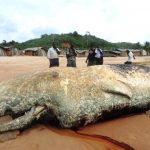 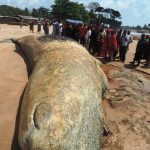 During the ceremony, officials of EPA arrived and took samples of the carcass that was already decomposing and bleeding out into the sea. The team was led by Joseph Sefa-Debrah of the Fisheries and Aquatic Science Department of University of Cape Coast. His preliminary comments were that the whale could have been hit by a vessel because the vertebrates were broken and it might have died from internal bleeding.

Community members complained to the EPA that the rampant washing ashore of dead whales was rather bad omen for the fisher folks and coastal communities and that they needed answers from them as to what was the cause.

Mr. Anthony Hamilton, a community elder and a Unit Committee member, told the EPA officials that the whale washed ashore on the evening of Thursday, November 14, 2013. He said he reported the incident to the regulatory agencies but no action or response had come from any of them neither the Assembly or EPA had come to remove the carcass till six (6) days later.

Also Eric Ndah, a community member, explained that the community was confused on how to dispose of the carcass and they had been waiting for responses from the authorities.

The funeral ceremony ended without an actual burial of the whale as the earth moving equipment to dig and move the whale was not available and the EPA had left the scene with their samples. 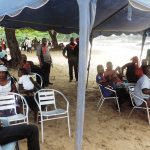 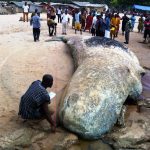