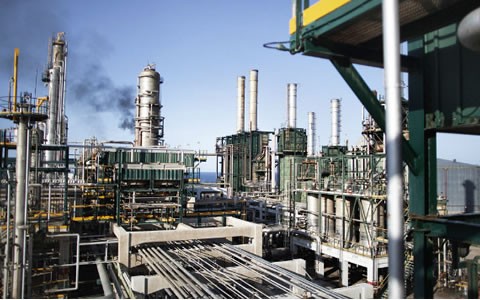 The Gas Infrastructure Project in the Western Region has attracted investors and speculators to the twin-districts of the Ellembelle and Jomoro. New buildings have sprung up on the main highway from Esiama, Ayinase and Samenye towards the border towns of Elubo and Half-Assini. During a tour of the districts by the Daily Graphic, it came to light that all the lands in the area, including marshy areas, have been purchased , while hotels and holidays resort have sprung up close to the beaches from the main turn towards Eikwe leading to the project sites of the Ghana Gas Company ( Ghana Gas).

Lands have been cleared from Eikwe through the beach road towards Tikobo for the construction of the residence for the expatriates who would work on the gas project. One of the things that the people of the two districts must be prepared for is the complete transformation of their lifestyles as many independent power producers are gearing up to relocate to the area. This development is likely to bring about a change in the communal life of the people. They are likely to adopt more cosmopolitan way of living and cultural change is expected. The gas industry in any country requires huge capital inflow, and there would be the need for financially sound institutions such as banks and insurance companies to position themselves for the task ahead.

Over the years, the Ellembelle and Jomoro districts have only had rural banks, but from all indications, the gas project would require very well-capitalized banks to engage in big financial transaction with the businesses that are being established. Apart from that, there will be the need for hospitality and residential facilities for the hundreds of people who are expected to move to the area to provide the needed services for the companies. The only imposing structures in these two districts are the B $ Q Guest House, which now serves as the office and residence of Frank Buah, a businessman.

With Takoradi already overcrowded, it would be wise for the construction of new cities in the Ellembelle and Jomoro districts, from where these oil companies can operate. There would also be the need for facilities such as schools, hospitals, security posts, good roads and constant power and water supplies. But the tour revealed that, the two districts did not have enough land for construction of the big cities envisaged. The districts are blessed with countless water bodies and building of two big cities would mean the destruction of some of those rivers and streams.

It is important to note that if Ghana fellows the footsteps of countries which have gas deposits; it would not have to bother about how much oil is pumped onshore or offshore. This is because gas has the potential of transforming the economies of the two districts as the establishment of one petrochemical company could result in the establishment of other companies which would depend on its byproducts.

As part of the short term objectives of the Phase One of the Ghana Gas Project, the primary recipient would be the Volta River Authority’s (VRA) thermal generation unit at Aboadze in the Shama Districts. It will ensure a fully integrated and profitable business to serve the country’s domestic demand and the export market in and around West Africa.

In the short-term sites have been acquired at Domunli, Bonyere, Egbazo, Kabenlasuazo, Bokakole, Atuabo, Esiama and Prestea to build the requisite infrastructure for petrochemical industries already knocking on the country’s doors.
Even before the first phase is completed, there have been demands from interested industries to produce fertilizer, methanol and other derivatives for export to the subregion. Currently in readiness for the gas, the Indian and Ghana government have jointly move to establish a $1.3 billion fertilizer plant at Nyankrom to produce fertilizer for local and international markets. The gas is also expected to feed the Nwuli lime and Clinker Factory, near Bonyere with powers as well as the defunct Bonsa Tyre Factory, the Ghana Cement Factory in Takoradi, and the plannediron ore and alumina refinery at Nyinahin in the Northern part of the Region.

The gas project was scheduled to be completed in 2010, with the Ghana National Petroleum Corporation (GNPC), which was then in charge of the project, unable to mobilize the $1 billion needed for the project to commence.

Realizing the importance of gas to the economy and Ghana’s commitment to non-flaring of gas, the late President John Atta-Mills set up a gas commercialization committee headed by the former Minister of Finance, Dr. Kwesi Botchwey, which recommended the establishment of the Ghana Gas and the Petroleum Commission to ensure that the gas potential is harnessed for the development of the country.

A team led by the late President Mills again headed to Asia, where the Chinese Government extended a $3 billion loan facility to the country. Out of that amount, $850 million has been allocated for the gas processing infrastructure project at Atuabo, Domunli and Esiama, scheduled to be completedby the end of November, this year.

Part of the strategic and operating objective of Ghana Gas is to expand to include a network of pipelines from the basin to the processing plant and the Central Processing Facility (CPF). That, according to the officials the CPF, would represent the expansion of the first phase of the gas plant. The CPF basin-wide will handle the additional gas volume from the other fields, thereby building fully integrated systems to serve the domestic and export market.

Dr. George Sipa-AdjaYankey, the Chief Executive of the Ghana Gas Company, said Ghanaians, at the end of the first phase of the project, would realize that the gas holds more potential than the oil.

He said for many years, the country had spent huge sums of money on the importation of light crude oil to power the turbines to ensure that electricity was delivered to commercial and industrial entities at heavily subsidized rates. “But with the gas, we will deliver the processed gas to the plant at Aboadze and other IPPs for cheap power generation in the country,” he said.

One thing Ghana did not want to do was to flare the associated gas. And the only time flaring would occur, according to him, was when maintenance was about to be carried out on production platforms. Now the problem is how to contain the gas that is associated with the oil. With the jubilee operations which began in 2010 on the FPSO and with the expected production of 120,000 barrels of oil per day it is expected that associated gas of 120 to 160 million standard cubic feet would be produced. The problem is that only a few millions of the generated gas could be re- injected into the wells and even that cannot be sustained for a long period as it risks damaging the reservoirs or curtailing production.
That means to protect the reservoirs, more gas has to be flared and production, which is already low, reduced. It means that if the reservoir is damaged, millions of dollars have to be pumped into repairing it. Therefore the only option is to ensure that the much awaited gas facility is ready in time, and the CEO of Ghana Gas assured that with the release of the Chinese loan, equipment ordered will start arriving in the country from July 20 2012.

So far, over 14km rigid pipeline has been extended from the FPSO Kwame Nkrumah to the coasts of Ellembelle and Jomoro. It is 70 meters deep. There would be a tank farm at Domunli, Nawule and it would be connected to a network of pipes from the processing plant at Atuabo and supplied to power plant, petrochemical industries the limestone and clinker factory. There would also be dry gas pipelines to the Esiama Terminal, where the pipes take different directions, the initial one of 111km would continue to power the Takoradi thermal plant while another 75km will go to Tarkwa/Prestea. Apart from that, there would be construction of a mini port where tanker vessels would dock and receive the processed gas for onward shipment to Tema in the Greater Accra Region for distribution across the other side of the country.

Benefit of the Gas project
There is no doubt that gas project would result in an influx of people to the Western Region, generate employment particularly in the two districts and bring development to the entire region. But the youth have to acquire skills to benefit by way of employment. Under phase one of the projects, the contractor, Sinopec International Petroleum Service Corporation, has been tasked to transfer skills by working with the locals in the area of fabrication. According to Dr. Yankey, Kikam Technical Institute, in fulfillment of the late President Mills’ promise during the 2008 campaign, would be upgraded to train the youth to enable them to contribute effectively in that area. That, hopefully, would avert the importation of labour as it occurred in the 1920s during the construction of the Takoradi Port when Kru men from Liberia and others from Nigeria were brought in because the Gold Coast natives did not have the know –how.

It is important to note that apart from feeding the main thermal generation units, the project would ensure the availability of gas for domestic purposes as well. The huge demand for LPG which keeps growing would therefore be met. Power would also be generated at a low cost.

Exploration in Ghana
Exploration of the oil in Ghana begun as early as 1986. Wells were drilled in and around Half-Assini in that year as result of oil seeps found in the Tano basin. Today one can still see some of these seeps at Bokakere. Between 1978 and 1985, oil was produced from the Saltpond fields. A number of oil and gas fields have been found in the Tano basin. In all, 89 wells have been drilled in the country and six discoveries made. It is also worth mentioning that 75% of 50 exploratory wells drilled had varying degrees of hydro-carbons in them.

Since the inception of GNPC in 1983 to date, over 30,000 km of 2-d seismic data, have been acquired. These data are available for review or licensing at the GNPC office.
In the area of Petroleum Agreements executed between the governmentof Ghana, the Ghana National Petroleum Corporation (GNPC) and various companies for petroleum exploration and production rights 12 acreages were awarded to 10 oil gas companies between 2002 and 2008.With the discovery of jubilee fields in June 2000, Ghana’s sedimentary basins have been de-risked and become more attractive to investors. This has enabled the government and GNPC to ask for improvedFiscal terms which are reflected in the recent petroleum agreements.

Ellembelle District
The Ellembelle District is one of 17 in the Western Region and of the new districts carved out of the Nzema East Municipality in December 2007 by LI 1918 and inaugurated in February 2008 with Nkroful as its capital. Under the Local Government Act, 1993 (Act 462) and the National Development Planning System Act, 1994 (Act 408), the Ellembelle District Assembly is to function as the overall Planning Authority in its area of jurisdiction.

Jomoro District
The District lies between Latitudes 04055’-050 15’ N and Longitudes 15’-020 45’ W and is bordered on the north by Wassa-Amenfi West and Aowin-Suaman districts, Ellembelle on the east, La Cote d’Ivoire to the west. The size of the district is 1,344km2 with Half-Assini as its district capital. The district used to be part of the then Nzema-East Municipality, was created by LI 1394 in 1988. It is situated in the south-western corner of the Ghana. It is bounded on the south by Latitude 4.80 N and the Atlantic Ocean.