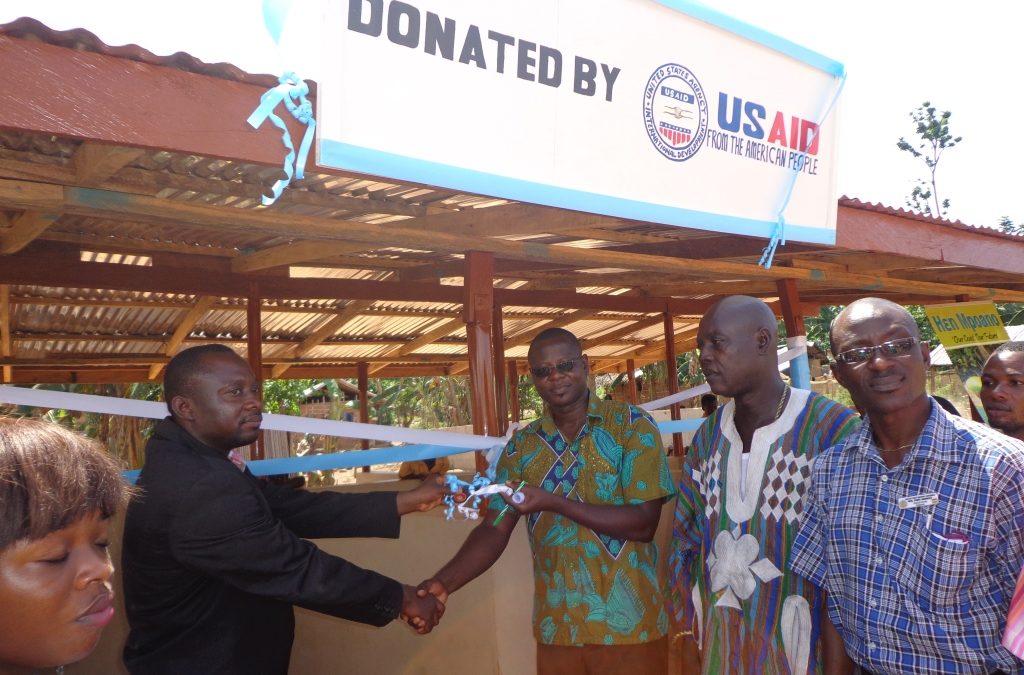 The USAID’s Integrated Coastal and Fisheries Governance Initiative (ICFG), through its four year program, carried out a vulnerability analysis of all coastal communities in the Western Region and found Akwidaa to be one of the communities which was most vulnerable to climate and non-climate stressors. Akwidaa is a small town and fishing village in the Ahanta West district of the Western Region of Ghana.

Akwidaa community currently faces the challenge of ‘natural ejection’ by sea level rise and other conditions like flooding. Although there is an area of Akwidaa called New Town which is relatively less vulnerable to climatic stressors, the dwellers of the old Town drag their feet when it comes to relocation. In addition to this, there is a long-lasting chieftaincy issue between the Old Town and New Town. This situation had halted developmental activities in the past years.

Nonetheless, the ICFG Initiative, through a collaborative approach, brought the two sides together to discuss development of a local plan. The Initiative started with a workshop for the community members and some selected officials from the Ahanta West District Assembly. In this workshop, a development-oriented local plan was designed from an already existing old plan. As part of the local plan, a market shed was planned to be constructed and sited at New Town.

The ICFG Initiative followed up on the market plan in a meeting with both Old and New Town in March 2013. A nine-member committee was agreed on by both communities to represent the Akwidaa community and facilitate the implementation of the market plan. In addition to this, the District Assembly provided technical staff who assisted with all technical aspects of the market development. The technical staff then put up a design with the guidance from the community’s select committee.

The ICFG Initiative also provided staff to manage the project, with funding from USAID. The project management staff met on several occasions with the District Assembly as well as the committee members, in order to ensure a successful implementation of the project. With able assistance from community members in the form of communal labor, the Market was completed and by end of October 2013, the market was handed over to the community. 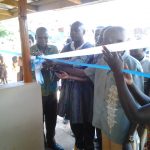 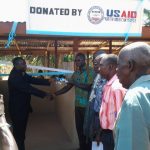 The District Chief Executive of the Ahanta West District Assembly, represented by some officials from the Assembly, appreciated USAID for such a collaborative approach to the market development. He commended the community for the communal spirit deployed during the construction. He however urged them to ensure sustainable use of the market.

To ensure sustainability, the District Assembly handed over the market to an oversight body (Marine and Coastal Resources Management Committee), who in the end handed the market over to the community’s market committee. The ICFG Initiative also ensured that its implementing partner, Friends of the Nation, would continue its engagement with both the Market committee and the oversight committee to encourage sustainability. 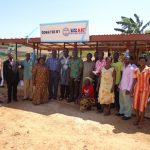 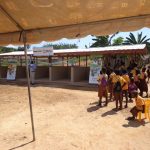 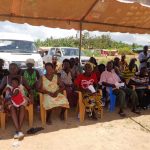