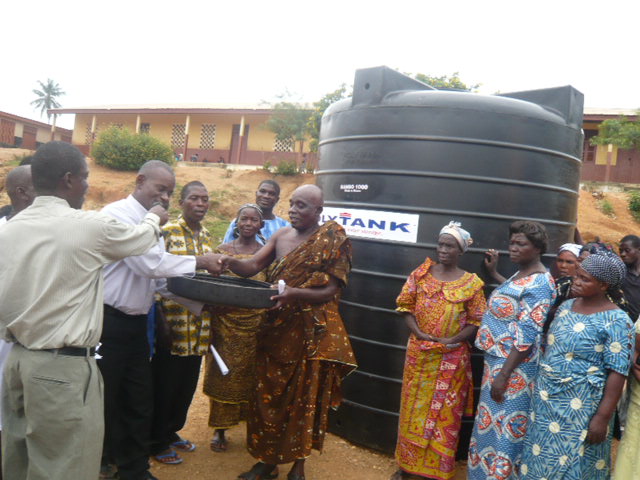 Water and Sanitation challenges are prominent in Ngyeresia which has approximately 712 houses (February 2010) and 7,000 inhabitants. Out of this, 502 houses representing 70.5% are compound houses (houses occupied by two or more families). It is a suburb of the STMA in the Western Region of Ghana but most inhabitants of this fishing community are migrants or descendants of migrants from the Central Region. Very few are engaged in the formal sector, working in factories and government agencies as public and civil servants. The rest of employed persons engage in petty trading as a livelihood activity. The poverty level of the residents of is high. The income of most of the residents is not stable as they depend on the fishing season. On the average, a resident earns about Ghc70.00 a month which is Ghc2.30 a day during the fishing season. During the off-season, a person may earn as little as Ghc20.00 a month (Ghc0.66 a day). The vulnerable groups in Ngyeresia include people living with disabilities, the elderly and orphans.

Goal of the FoN Ngyeresia Water and Sanitation Project

To improve upon the general living conditions of the people of Ngyeresia by making accessible to the community adequate water and sanitation services through provision of amenities (water kiosk and 10 household toilets), awareness creation, and media advocacy and civic engagement with local government and duty bearers.
The community depends on four sources of water for use: 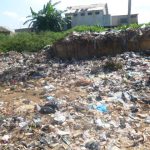 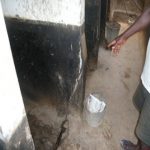 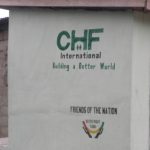 On the average, 3400 people visit the public latrines a day. The daily income derived from inhabitants using the communities’ public latrines according to the attendants is estimated at a total of GHc115.00. Individuals pay GHc0.05. Others who choose not to use the public latrines use nearby bushes or the sea shore. Many of these are children of school-going age.
There is only one major drain serving the community of almost 7,000 inhabitants. This has been choked with solid waste. To direct the liquid waste that comes out of their homes, the people dig small and shallow trenches to serve as water ways. These trenches are mostly not cared for and end up as stagnant water which breeds mosquitoes.