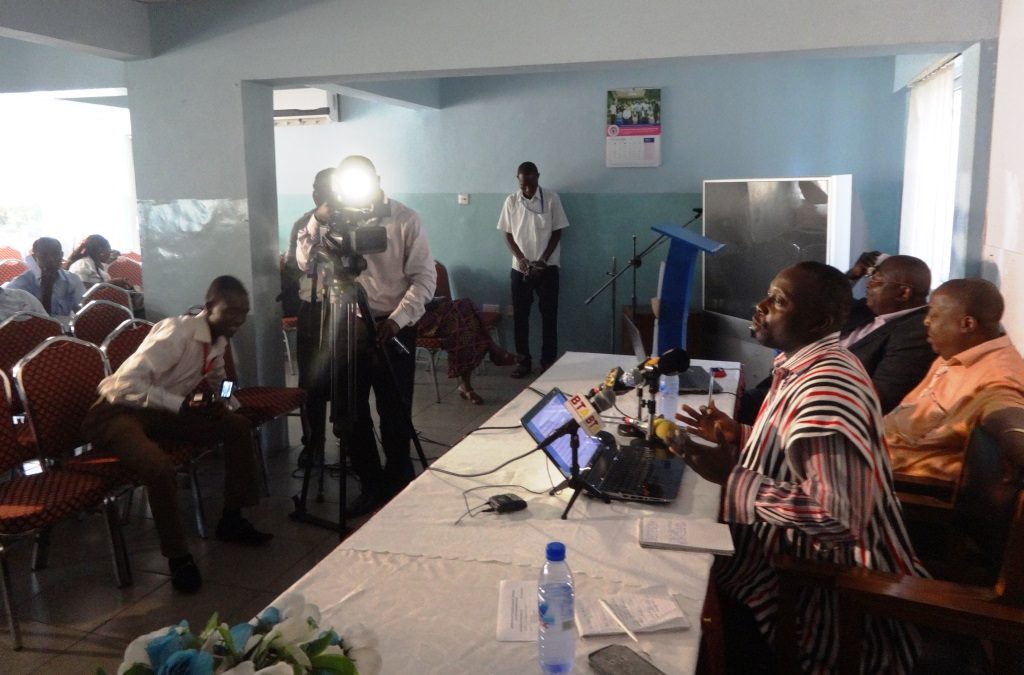 The forum aimed at drawing the attention of news editors of various national media houses to the two bills that lay before Parliament for review and consideration. The Bills are important laws to ensure good governance and transparency in the petroleum industry, and environmental and livelihood protection from the impacts of oil and gas exploitation activities. The Civil Society Organizations (CSOs) urged the editors to support the bills and promote discussions and communication of the content of the bills on their platform to enable public understanding of the bills.

Donkris Mevuta, Executive Director of FoN, opened the forum noting that the State has not been as responsive as Civil Society and citizens had expected it to be in addressing challenges of the Petroleum production. The PNDC Law 84 has several weaknesses and is therefore unable to adequately address the current challenges of the petroleum section. Resultantly, the Petroleum E&P Bill was drafted to address the gaps and incorporate new legal provisions for improved governance of the sector. He invited the participants to engage in dialogue with policy makers to maximize benefits of the petroleum sector as well as minimize damages for livelihoods and environment. It has to be noted that the Bill is a significant improvement from PNDC Law 84. However, there are still outstanding areas and limitations in both bills that need to be addressed.

Two presentations were made, followed by a Q&A. The first presentation came from Augustine Niber, Executive Director of CEPIL, and he spoke on the topic: “Assessment of Governance and Fiscal provisions Petroleum E&P Bill”. He explained that the management of the petroleum sector should be conducted in accordance of the principles of good governance and transparency. With examples from other countries, he pointed out improvements and limitations of the current Bill, such as contract disclosure, disclosure of beneficial ownership, conflict of interest and lack of grievance mechanism, amongst others.

The other presentation by Kyei Yamoah, Natural Resource Management Coordinator at FoN, looked at the social and environmental provisions in the Petroleum E&P and Marine Pollution Bill. Explaining that ten per cent of Ghanaians get direct livelihoods from fishing, about 4 million people benefit from fishing either directly or indirectly. He stated that Ghana has already experienced a few minor oil spills and waste pollution issues from oil and gas production, as well as accidents from interactions between fishermen and oil companies on sea. He explained that despite the fact that the petroleum business is concentrated in the Western Region of the country, no major investment has been made in the six coastal districts of the Western Region that are so affected by the industry. He invited participants to reflect on the fact that the oil will be exhausted at some point in the future and Ghana will be left with its environment and livelihoods, so he stressed on the need to protect the traditional livelihoods from fishing and farming.

Afterwards, the participants engaged the presenters into an Open Forum with questions and comments, asking for recommendations for improvement and what measures could be put in place to handle the challenges Ghana is facing in the petroleum sector. Suggestions from FoN included the institutionalization of a compensation and environmental fund as a rapid response fund reserve. Others included possible regulations of Social Investment programs (Corporate Social Responsibility) from companies in the extractive industries to ensure that they make meaningful impacts to address actual community needs. Kyei Yamoah underlined the necessity of a peaceful co-existence of fishing and petroleum and pointed to Norway and United Kingdom as good examples to emulate.