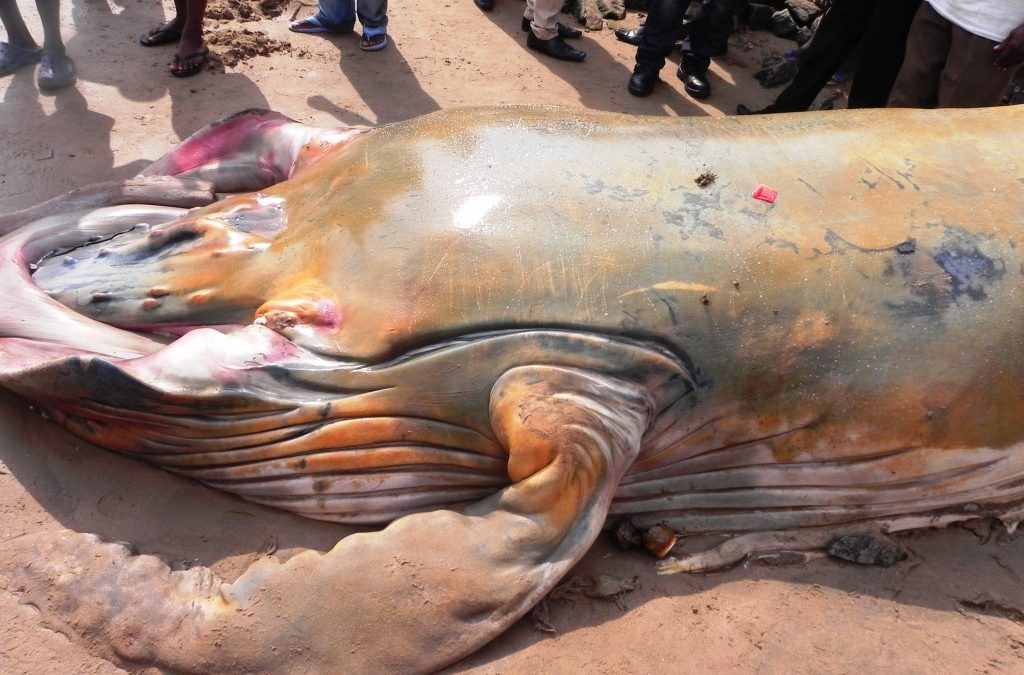 In recent times, several whales have been washed ashore dead on Ghana’s beaches. The first week of September 2013, a whale was washed up at the coast of Nkontompo near Sekondi in the Western Region. This was the fifth whale that washed ashore in the same week. The other ones appeared in the communities of Asanta and Kikam (Western Region) and other areas in the Greater Accra Region.

In the case of the dead whale washed up in Nkontompo, local fishermen hauled the carcass to the beach where they had dug a hole. It was then buried after pouring libation. Being an uncommon event for the local community, crowds of curious people had gathered to catch a glimpse of the dead mammal.
Though the death of whales is not an uncommon phenomenon, the frequency within the last four years is worrying: since 2009, when oil exploration and production became intensive in Ghana, about 16 whales have washed ashore. Ghana used to experience around one dead whale every five years before. Sometimes the whales have already nearly decomposed before being washed ashore, making it quite difficult to recognize the kind of whale as well as define the possible cause of death. 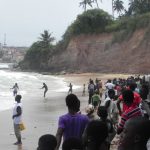 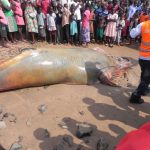 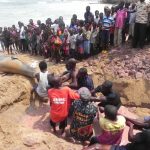 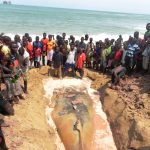 There is therefore increasing public resentment and attributions that whales being washed ashore are caused by interferences of ocean noise and vibrations from sonar and seismic exploration activities and collision with oil and gas infrastructure or even pollution in the marine environment.

Friends of the Nation has on several occasions raised the issue of the rampant dying of whales with the regulatory agencies such as the Fisheries Commission, Ministry of Environment, Science, Technology and Innovation, Ministry of Energy, the Environmental Protection Agencies. Several letters have been written to these institutions including the Tullow Oil and the Jubilee partners but no official response has been received since October 2012.

Once again, Friends of the Nation called for official investigation on the recent deaths of the mammals as dead whales are affecting coastal communities in several ways. On incidents like this, they are left helpless to deal with the pungent smell emerging from the dead mammals as well dealing with the decomposing bodies. Often, they have no other option than to hack them into pieces and bury them onshore. The environmental and health risk associated with this phenomenon is profound. Not only is this event affecting the communities psychologically. They have to live with the anxiety of not knowing what is causing the whales to die raising the question if their fish may be contaminated and therefore threatening their natural livelihood. Even though the Environmental Protection Agency (EPA) has denied any link to the oil production, they are not explaining the actual cause of death of the whales.