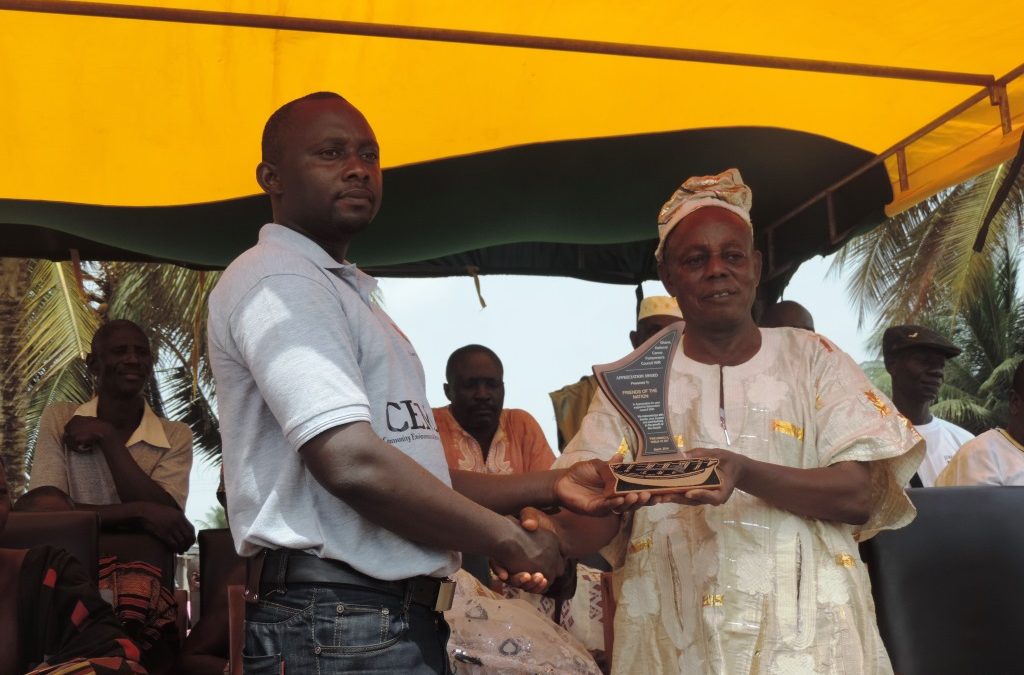 Friends of the Nation received an award from the Ghana National Canoe Fishermen Council (GNCFC) W/ R for its continuous financial, technical and logistical support for the growth of the council. The award was handed over at the Regatta organized on March 4, 2014 at Miamia in the Ahanta West District with the support from Tullow Oil Ghana Ltd.

The regatta is an annual event to improve collaboration and coordination of fisher folks and stakeholders sponsored by the Jubilee Partners. This year’s Regatta brought together an estimated number of 700 people made up of fisher folks along the six coastal Districts of the Western Region. Also present were key stakeholders such as Traditional Leaders, Fisheries Commission officials, Officials of the District Assemblies of the coastal areas, journalists and media practitioners, Assembly members, NGOs and Religious leaders. 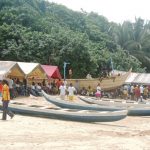 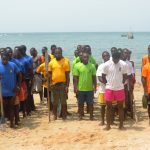 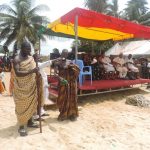 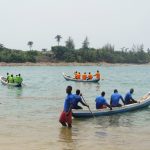 The participants were comprised of fishermen of the six coastal districts which are Shama, Sekondi Takoradi, Ahanta West, Nzema East, Ellembelle and Jomoro. They participated in games such as canoe race, tug of peace, and orange picking. Since fisher folks are spiritual people, the event began with an opening prayer and an offering of libation by the traditional council of Miamia community. Some of the invited guests delivered speeches at the event, like Nana Konduah, the chairman of the GNCFC-W/R. To ensure free and fair competition, the selection and placement of competing teams were guided by a balloting process. Each team was given a unique color of T-shirt to distinguish them from the other teams. The teams were paired against each other and the winning team advanced to the next stage, until the winner emerged.

The GNCFC used the occasion to show appreciation to some distinguished stakeholders, who have made significant contributions towards the growth of the Council. GNCFC presented two citation awards, one to Tullow Ghana Oil Ltd for their enormous support to the council for the organization of the annual Regatta and also for their support to fishermen in general. Another citation award was presented to Friends of the Nation for their ongoing support in fisheries advocacy.

The GNCFC W/ R is an umbrella association of artisanal fishers and interest groups in Western Region of Ghana affiliated to the National Canoe Council since 1982. Its mission is to mobilize, educate and encourage fishers to adopt responsible and sustainable fisheries practices and contribute to food security in Ghana. Friends of the Nation has supported the GNCFC for over ten years.