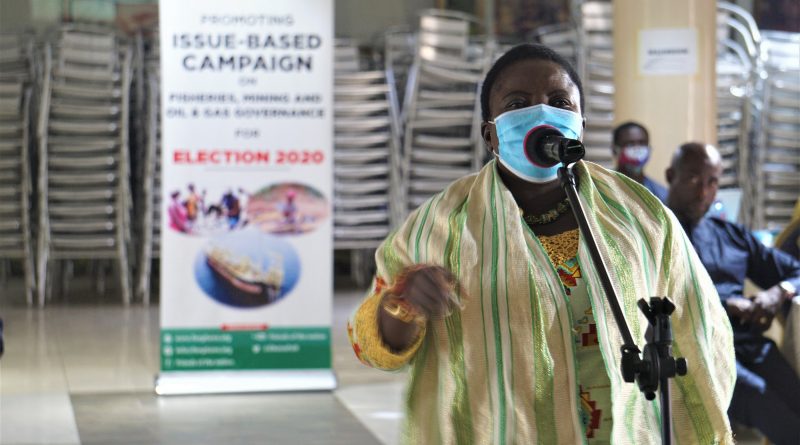 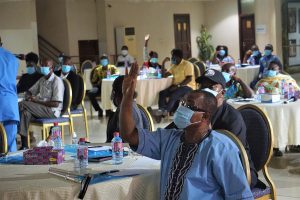 Friends of the Nation, an environmental minded NGO has introduced a project to increase the capacity of citizens’ groups to influence political manifestoes, by providing credible solutions that addressed key challenges in the fisheries, artisanal and small-scale mining, oil and gas sectors.

The project would also allow citizens to engage political parties to adopt citizens’ priority issues and proposals in their manifestoes to address key challenges on fisheries, artisanal and small-scale mining,oil and gas sectors.

Additionally, the project would facilitate issue-based debates in eight constituencies in the Western region for Parliamentary candidates to seek their proposals that would contribute to addressing citizens’ priorities.The 15-month project is sponsored by STAR Ghana Foundation and is dubbed: “Promoting issue-based campaign on fisheries, mining and oil and gas governance for Election 2020.” 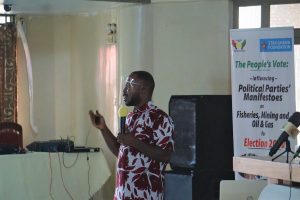 Mr. Solomon Kusi Ampofo, the Natural Resources Governance Coordinator, Friends of the Nation, at a day’s stakeholders consultative meeting to discuss the key priority issues in Oil and Gas, Fisheries and mining said the project foused on mobilizing citizens – women, men, and youth, and vulnerable groups including; Persons with Disability, to influence the manifestoes of political parties.“We hope to also provide a monitoring network to track the implementation of the electoral promises after the election”.The Electoral Commission would be involved in providing mentorship in the execution of this project through field monitoring activities and in collating the names of parliamentary candidates for the debates.He said, youth and vulnerable groups would engage parliamentary candidates on their strategies and proposals in addressing key challenges in the three sectors.“Again, we will use social media to discuss priorities and recommendations for addressing key challenges on fisheries, artisanal and small-scale mining, oil and gas, compile and publish priorities and recommendations into a Citizens’ Manifesto and hold a multi-stakeholder stakeholder engagement in Accra with winner of the Election to implement proposals adopted in its manifesto.”Mr Ampofo said citizen groups would be trained to track the implementation of Manifesto promises on fisheries, artisanal and small-scale mining, oil and gas.More than one million people are involved in the Artisanal and small scale mining (ASM) sector, which supports the livelihoods of over 4.5 million people.Meanwhile, challenges including; licensing and limited access to finance had discouraged the formalisation of the sector over the years due to the lack of appropriate technologies.There is also limited diversified livelihoods opportunities for miners, inadequate human and technical resources for effective regulation, high environmental damage and pollution, involvement of foreigners, long and cumbersome licensing, lack of access to viable lands and geo-data, high risk of investment and low mineral recovery, the Coordinator added.The fisheries sector, he mentioned, supported over three million people and generating over one billion dollars annually, but, was faced with inefficient methods of fishing, weak regulations, inadequate human and technical resources for effective regulation, increasing effort, over capacity and over fishing and declining catches. 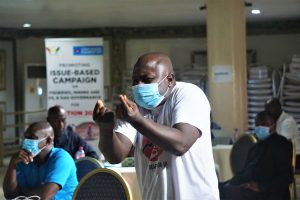 The oil and gas sector, he reported that the sector had received about six billion dollars in revenue, but, was faced with local content and local participation challenges, environmental governance, inadequate logistics and personnel, gaps in oil spill response, lower female participation along the supply chain, while only 20 percent of Service Companies with valid Petroleum Commission permits were solely owned by women.Source: GNA (https://www.gna.org.gh/1.18590176)