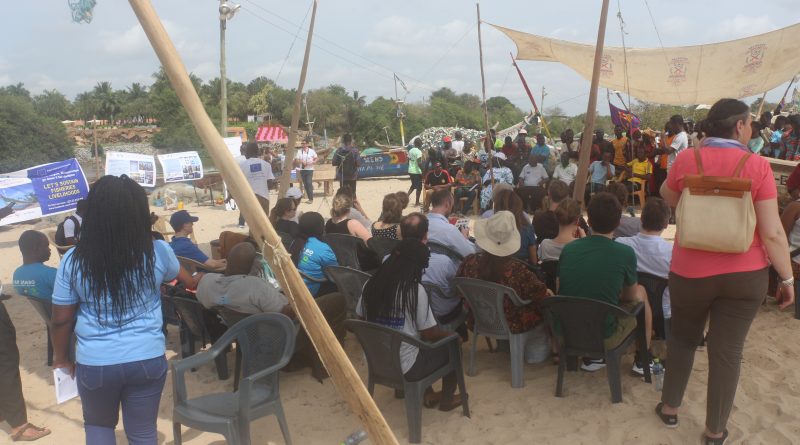 An European Union Council Africa Working Party, has stressed the need for concerted efforts from both local and foreign actors in the country’s fisheries sector to help rebuild its dwindling fish stock. The group that is responsible for the management of the union’s external policies towards sub-Saharan Africa, made the call after interacting with a fishing community, Gomoa Fetteh, in the Central Region.

The Deputy Head of the delegation, Mr Paolo Salvia, said while local authorities and other stakeholders were playing their respective roles to ensure that the dwindling fish stocks were rebuilt, the foreign actors in the sector, both in and outside the country must be made to ensure responsible fishing practices.

Mr Silva said if foreign trawlers that invaded the space of local artisanal fishermen were part of the problem of dwindling fish stocks, then they must be involved in the solutions too.

The EU is currently sponsoring some fishing projects in the Central Region that include “Far Dwuma Nkodo” and Far Ban Bo.

The “Far Dwuma Nkodo,” three-year project being implemented by the Environmental Justice Foundation (EJF) and “Hen Mpoano”, Local NGOs, is to help reduce illegal fishing and give local fishers a voice in the process of building a more sustainable fishing sector.

While the “Far Ban Bo” is a four-year project that is being implemented by CARE International, Friends of the Nation and OXFAM, all international NGOs and are designed to address overfishing and unsustainable fishing, including illegal and unregulated practices.

Mr Kwadwo Kyei Yamoah of Friends of the Nation shared that under the “Far Ban Bo” project had led to increased socialisation among beneficiary communities and also facilitated dialogue among stakeholders.

The Ghana Country Coordinator for “Far Dwuma Nkodo”, Mr Antione Rougier, said there had been lots of radio programmes and media training on the project which he noted had improved the quality of debate in the fisheries sector.

The Chief Fisherman of Gomoa Fetteh, Nana Obrenu Dabo, called on the EU Group to adopt the community and give it support and help provide appropriate fishing nets and fibre canoes to aid fishermen in the area.