Preparing multi-crop thresher operators ahead of the harvesting season 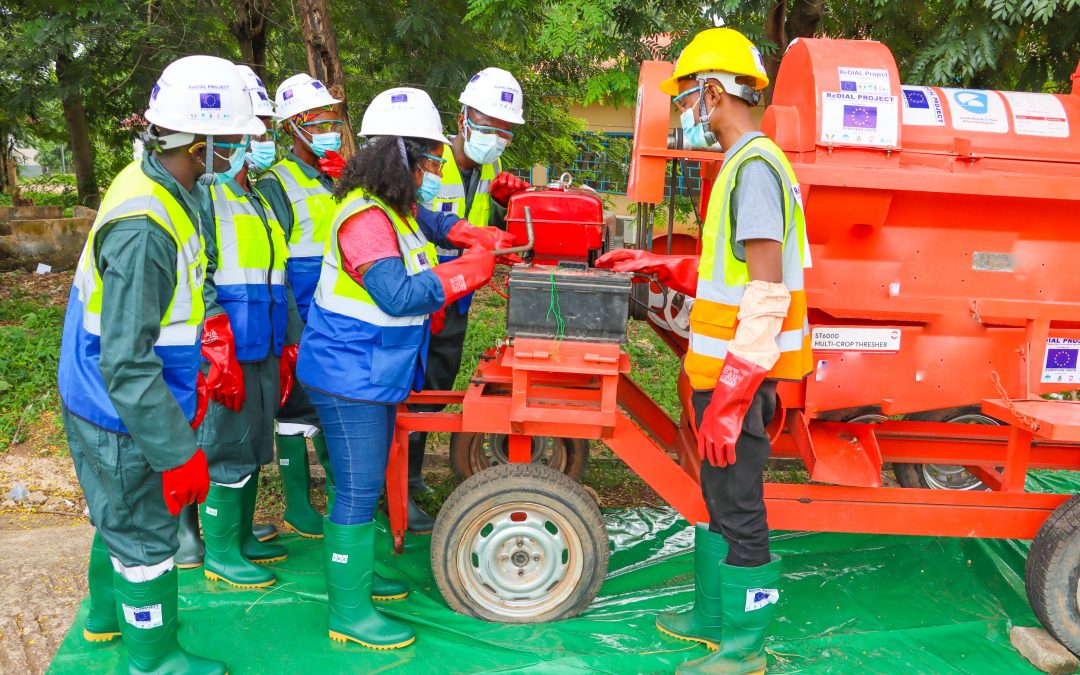 One of the objectives of the EU funded ReDIAL project is to train the youth in the five project zones to operate the multi-crop threshers developed locally by SAYeTECH to thresh grains and cereals of marginalized farmers.

Ahead of the 2021 major crop harvesting season, the training started in the Yendi Municipality of the North of the country. After the second multi crop thresher was delivered to marginalized farmers in the municipality who are into grains and cereals farming, participants were taken through safety precautions before starting the thresher. They were also taught how to start, feed the machine, and how to care for the machine when not in use, among others.

After Yendi, the exercise took place at Techiman in the Techiman Municipality in the Bono East Region of Ghana. Priority was given to women who expressed interest in learning how to operate the threshers. At the end of the training, some of the females trained remarked that “I can now send this thresher to my farm and other people’s farms to thresh their crops for them, without assistance from anyone”.

At Sefwi Wiawso in the Western North Region, the team trained over 40 persons including persons with disabilities. Training in the Ejura Sekyedumase municipality in the Ashanti Region and the Kwahu Afram Plains North in the Eastern Region saw over 40 persons trained to operationalize the threshers.