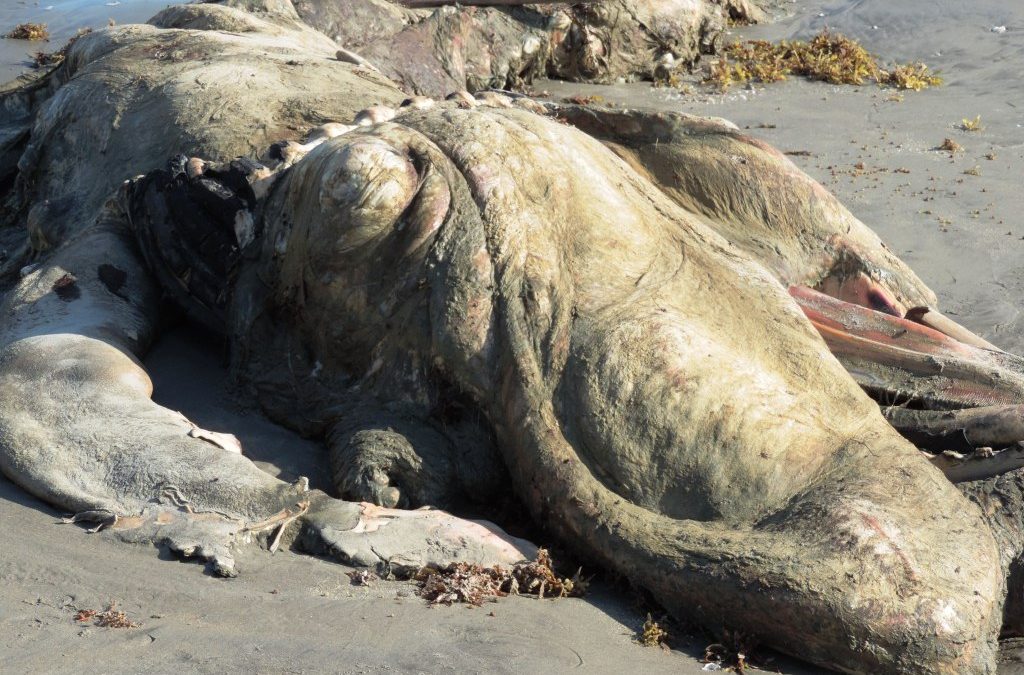 Another whale has been washed ashore in the Western Region. The juvenile whale was found dead at the beach of Asanta in the Ellembelle District on October 8th 2013. This is the 17th incident since 2009 and the sixth within a short period of time in the Western and Greater Accra Regions. Just one month before, another whale had been found dead at Asanta, only 100 Meters away from the latest one. The whale was already in the process of decomposition when found which means that it had been dead for a while before being washed ashore.

Recently several dead whales had been washed onto Ghana’s coasts. The last one happened in the first week of September at the beach of Nkontompo near Sekondi in the Western Region. This was the fifth whale that washed ashore in the same week.

With incidents like that, local fishermen are often left alone with the situation. They have to take care of the carcass as soon as possible to minimize the health risk for the community – not only because of the pungent smell emerging from the dead mammals but the possible contamination of the environment through the decomposing bodies. Usually, the fishermen bury them onshore after hacking them into pieces in case the dead whale is too big. 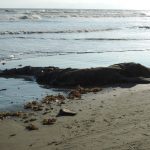 Another dead whale in Asanta, Ellembelle District, found on October 8, 2013 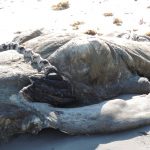 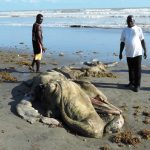 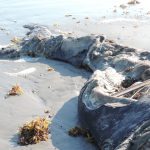 Though the death of whales is not an uncommon phenomenon, the frequency within the last four years is worrying: since 2009, when oil exploration and production became intensive in Ghana, about 17 whales have washed ashore. Ghana used to experience around one dead whale in about five years.

Possible reasons for the death of whales include interferences through ocean noise and vibrations from sonar and seismic exploration activities, collision with oil and gas infrastructure or even pollution in the marine environment.

Friends of the Nation has on several occasions raised the issue of the rampant dying of whales with the regulatory agencies. The recent responses from agencies such as the Environmental Protection Agency (EPA) and Fisheries Commission on these issues leave a lot of concerns un-addressed. For instance, the possibility of the potential impact of offshore petroleum activities in the washing ashore of the whales was dismissed without having conducted any investigations. This has rather increased public fears on the adequacy of response to any major environmental pollution. Against this background, Friends of the Nation reiterates its call to the regulatory agencies for a thorough investigation to find out what has caused the death of the mammals.

Here you can find the complete [private role=”subscriber”]