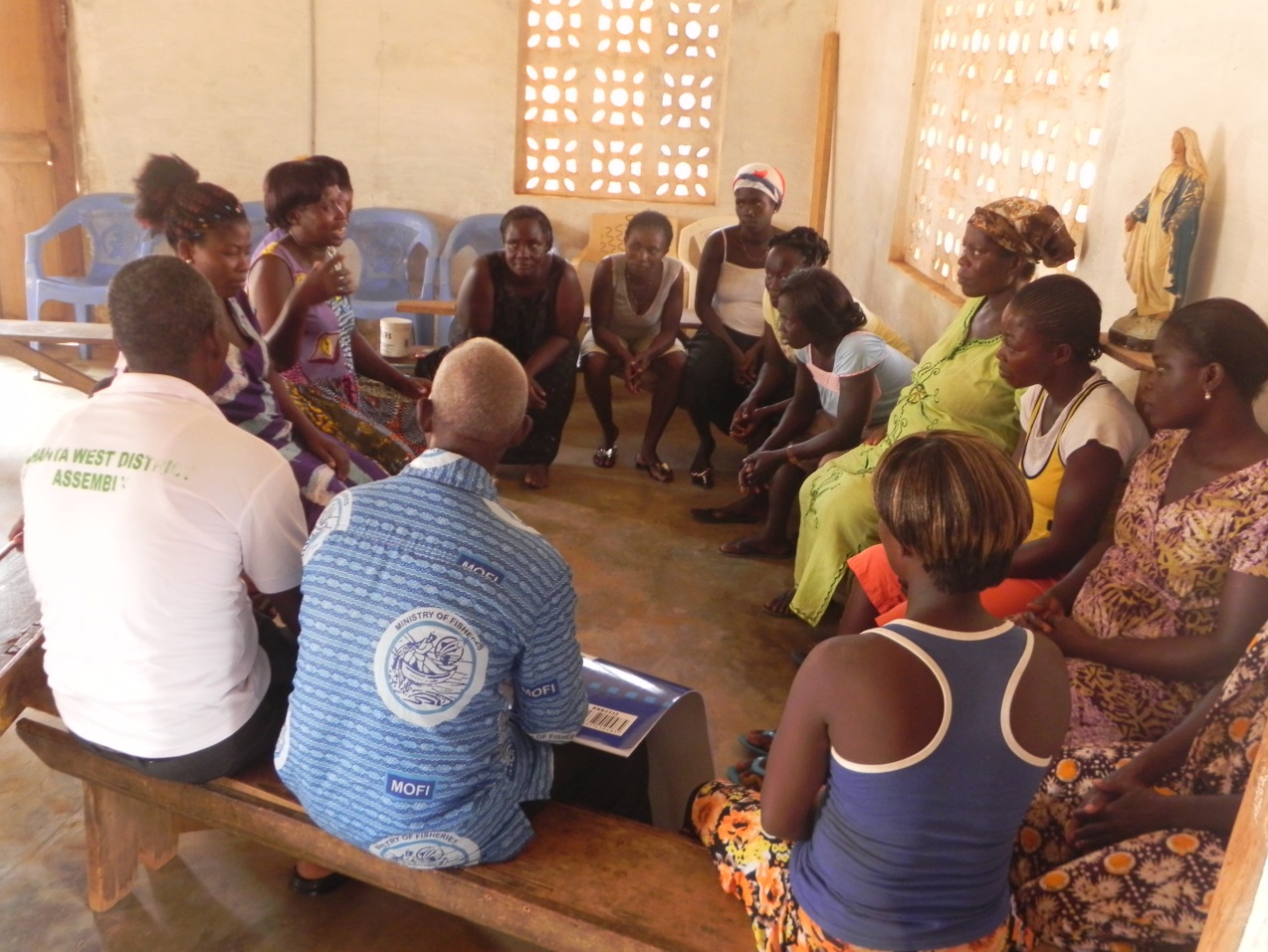 On Tuesday January 28, 2014, the Marine and Coastal Resources Management Committee of Ahanta West District Assembly embarked on a needs assessment exercise in Princess Akatekyi, a coastal community in the district. The exercise was a follow-up activity after a training session on participatory appraisal methods, communication and advocacy skills facilitated by Friends of the Nation under the Commitment for Africa Initiative. Some members of the Community Environmental Monitoring and Advocacy Groups, who were part of the training session, joined and assisted the committee members in the needs assessment.

Barima Diaw Quaicoo III (chairman of the committee) used the opportunity to introduce to the community, the Marine and Coastal Resources management committee, and its core functions. He indicated that the committee was formed with the objective to work with stakeholders to ensure effective and sustainable management of the critical coastal habitats, socio-economic and environmental development of the coastal zone in the Ahanta West District. He added that the committee has the prerogative of making appropriate recommendations for improved management of the coastal zone of the district which included shoreline, wetlands and other coastal resources.

The participants were grouped into males and females. This action was to prevent intimidation and also give every participant the freedom of expression. Each of the groups was assigned some committee members to act as facilitators, recorders and observers. These committee members took each group through a systematic process of data gathering, ranging from
[list style=”list5″ color=”gray”]

After a thorough discussion in each group, both men and women prioritize their needs and the first three of each group were agreed to be selected for harmonization.

The three prioritized needs of the men were:
1. Fighting illegalities at sea
2. Preserving Community lands for posterity
3. Preventing Sand winning

The women prioritized their needs as follows:
1. Assessing potable water
2. Constructing a market
3. Ensuring sanitation in the community

In a plenary session, where both men and women were brought back together to convince themselves of which of the needs to set as major priorities, a pair-wise ranking technique was used to prioritise the six needs which were raised by both men and women. At the end of the day, all the participants agreed with joy that the pair wise ranking has really sorted out the needs. They therefore agreed that their needs be prioritized as follows:

The community members present during the exercise appreciated the efforts by the committee to assess the community’s needs with such a participatory approach. By the participatory approach, the community showed some sense of ownership and decided to continue the process by developing specific action plans with dates together with their Assembly Representative. The Committee agreed to this and charged the Assembly Representative to liaise with the committee for further actions.