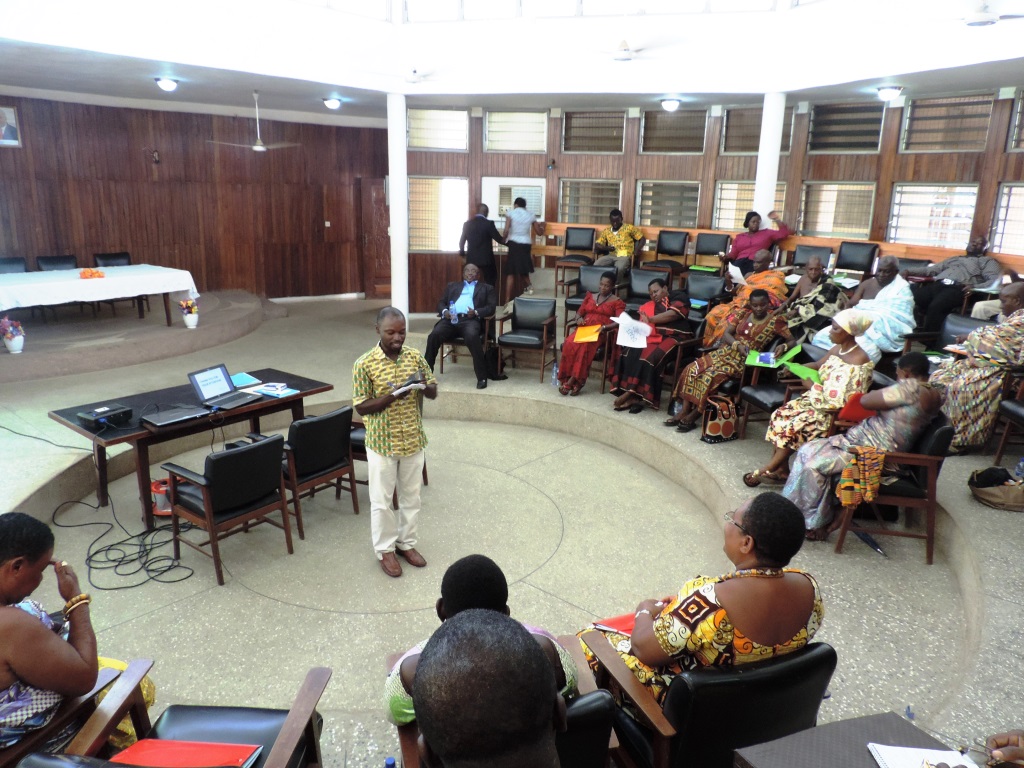 Ghana discovered oil and gas in commercial quantities in 2007. This discovery is one of the largest ones in the last decade, and the largest in Africa with regards to recent discoveries of oil and gas.

As much as Ghana’s oil and gas production is expected to come with certain benefits such as increased revenues, employment opportunities, investment capital and abundant fuel for electricity supply – evidence from many African countries producing and exporting solid minerals and hydro-carbons indicate that in spite of benefits from the extractive industries, many of these countries are still plagued with poverty, underdevelopment, human rights abuses, corruption and environmental degradation. This is a situation often referred to as “resource curse”.

Ghana and the “resource curse”

In Ghana, legal, institutional and regulatory inadequacies continue to pose great challenge as to whether oil production will be carried out in a manner that will preserve the environment and livelihood of fisher folks. These inadequacies are manifested in many ways: for example, inadequate laws to ensure the protection of community livelihoods, marine biodiversity and the coastal environment, weak and under-resourced regulatory institutions, inadequate grass root participation in environmental monitoring and management, loopholes and pitfalls in the fiscal regimes. These bottlenecks require urgent actions so Ghana is prepared to avoid the “resource curse” syndrome.

Therefore the approval of the Marine Pollution Bill and the Petroleum Exploration and Production (E&P) Bill by Ghana’s Cabinet, even though a little late, comes as great news. It is expected that the passage and the effective implementation of these two laws will contribute enormously towards the effective management of Ghana’s Petroleum industry to promote the maximization of socio-economic benefits to the country and its people.

Adequate addressing of all challenges can only be achieved if there are active stakeholder and civil society engagements in the policy making process. Is is against this background that Friends of the Nation (FoN), Centre for Public Interest Law (CEPIL), Africa Center for Energy Policy (ACEP) and Ghana National Canoe Fishermen Council (GNCFC) with support from STAR-Ghana (Strengthening Transparency, Accountability and Responsiveness in Ghana) organized several events to shed light on the content of the bills and collate the inputs for the revision of the bills before they are passed into law.

These events included several forums with stakeholders in Takoradi and Accra, a National Editors Forum in Accra as well as two workshops for selected chiefs once in the Western Region and once in Volta. The events served different purposes: the Editors Forum, for example, aimed at drawing the attention of news editors of various national media houses to the two bills that lay before Parliament for review and consideration. The Civil Society Organizations (CSOs) urged the editors to support the bills and promote discussions and communication of the content of the bills on their platform to enable public understanding of the bills.

Traditional authorities give their inputs

The workshops with the chiefs had two main objectives: the first objective was to share the provisions in of the Petroleum E&P Bill and the Marine Pollution Bill including the strengths and the weaknesses. The second one was to assemble the inputs from the traditional leaders as contribution for the drafting of a memo that would then be proposed to policy makers for review of the bills before they are passed into law.

The workshop with chiefs in the Western Region was held on the 21st of October 2014 at the office complex of the Western Region House of chiefs in Sekondi. Participants were paramount chiefs, local chiefs and queen mothers from the six coastal district of the western region bordering the oil find. The workshop in Volta drew as well the chiefs from the coastal districts together and took place in Keta on 20th of November 2014.

Presentations were made at the workshops, on the E & P bill by CEPIL and on the Marine Pollution Bill by FoN. Afterwards, floor was open for participants to discuss, ask questions and share their recommendations.

Participants made valuable comments; some of the recommendations for the amendment of the two bills were:

Outcome of the events

In the case of the workshops with selected chiefs, it was noted that it was the first time they were being engaged over the E & P and the Marine Pollution Bills. The chiefs in the Western Region decided to develop action plans on how to improve their engagement with the policy makers about the two bills and influence the provisions in the bills, as well as to expand their engagement on other key natural resources by beginning with the drafting of a strategic Natural resources engagement plan for the region. It was indicated that they will invite FoN later for discussions and the drafting of this strategic plan.

All events carried out under the STAR-Ghana project served the purpose to clarify strengths and weaknesses of these important bills and gather input from all stakeholders involved. The Bills are important laws to ensure good governance and transparency in the petroleum industry, and environmental and livelihood protection from the impacts of oil and gas exploitation activities.