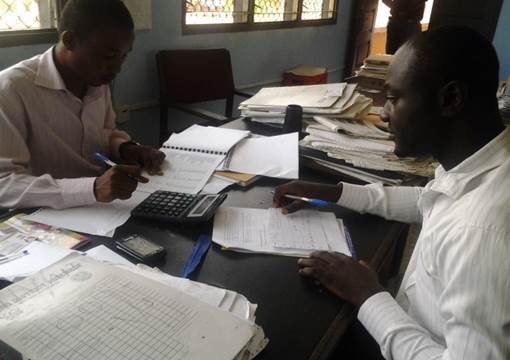 In 2012, a project was introduced into the Jomoro District Assembly, as Friends of the Nation collaborated with SEND-Ghana and the Jomoro District Assembly to solicit knowledge of the grass root community members on the sources of revenues accrued by the District Assembly and how the revenue is expended. A research was thus conducted, and the study sought to contribute to poverty reduction in Ghana through the promotion of transparency, accountability and citizens’ participation in the management and utilisation of District Assemblies’ Internally Generated Funds (IGF).
Jomoro District was one of the three focal districts which were used as study areas. It was selected as a study area because it plays host to the emerging oil and gas industry in Ghana. Tarkwa Nsuaem Municipal Assembly and Tolon-Kumbugu District were the other two study areas. The study restricted itself to the use of IGF with special emphasis on royalties that are generated from minerals including oil and gas.
The findings in the Jomoro District contributed to the development of a research report, “Our Money, Our Share, Our Say: The Extractive Industry in Perspective”. The findings showed that across the three districts, 77.6% (more than three-quarters of citizens interviewed) indicated that they do not have access to information on the revenue and expenditure of the Assemblies. However, all three Districts Assemblies displayed some information on revenue and expenditure on their notice boards located mostly in the district capitals.
In the case of Jomoro District, the citizens perceive that the notice boards at the Assemblies are for the Assembly’s internal use only. An opinion leader noted: “For me, I thought the information on the notice board is for the internal consumption of workers of the Assembly, I don’t even check to see the information on it”.

A major challenge has been the communication gap existing between the Assembly representatives and their community members. Muddying the waters, there is increased misinterpretation and misunderstanding by most community members regarding developmental projects in Jomoro District; and this canker has increased citizens’ unwillingness to participate in community gatherings which serve as a platform for the District Assembly and the Assembly representatives to communicate effectively with the communities, probably on revenue sources and expenditure trends.

To avert this situation, the study recommends that on citizens’ access to information on MMDAs’ revenue and expenditure, information on Assembly revenue and expenditure should be disseminated further to the Area and Urban Councils to increase citizens’ at minimal hindrances and for them to be informed about some of the fiscal happenings within the Assemblies. The Assemblies and the sub-District Structures should through the Assembly Members, Unit Committee Members and Information Services Departments inform citizens that information on notice boards is for the general consumption of citizens.