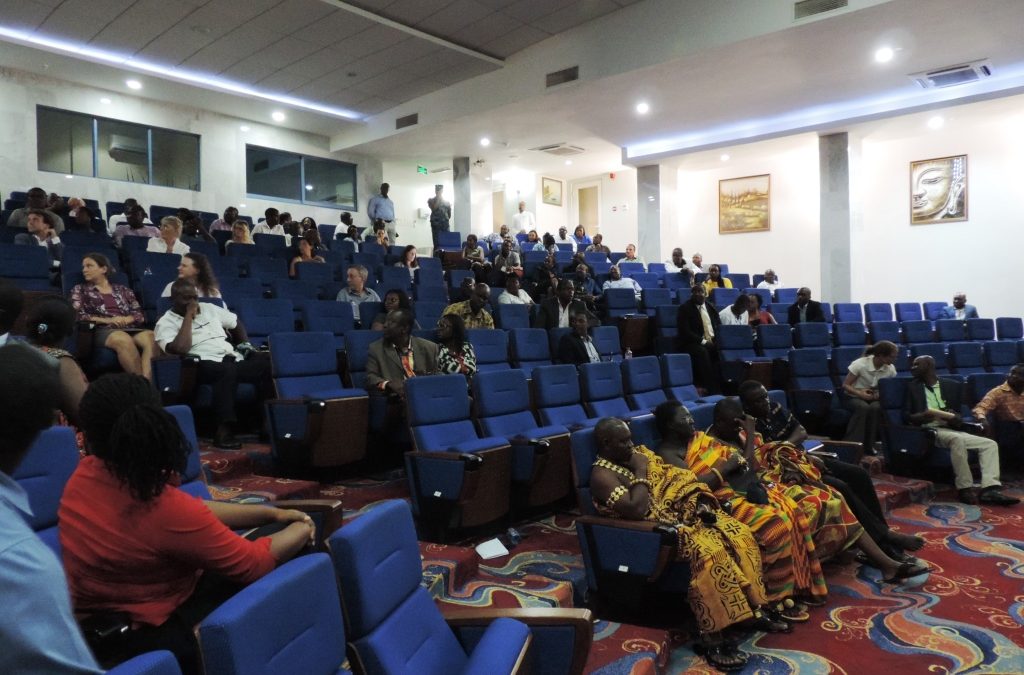 Friends of Nation has supported the premiering of the movie “BIG MEN” in Washington, DC and Accra. The movie is directed by Rachael Boynton and centers on the oil company Kosmos Energy and its explorations of the first commercial oil field in Ghana.

The movie was first premiered in Washington, DC, on March 28, 2014 at the E Street Theater. The hall was fully-packed with the audience visibly anticipating what will happen in the next scene. The applause which greeted the movie after it had ended was a testimony of the appreciation of the content of the movie. FoN’s Programme Officer in charge of the Extractive Industry, Solomon Kusi Ampofo, together with the Director of the movie responded to questions from the audience after the movie. Many of the audience praised the director for production of the movie and expressed it could provide useful lessons for Ghana in the wake of the emerging oil & gas industry.

The screenings in Accra took place on May 21 and 22, 2014. There were VIP and Public screenings. FoN was involved in the planning and execution of the screening and also supported the participation of four chiefs and ten community members from the Western Region. The chiefs were Nana Kobina Nketsia V., Nana Kwesi Agyeman IX., Nana Bozza IX. and Nana Kofi Abuna V. The community members were drawn from CEMAGs and Ghana National Canoe Fishermen’s Council.

The VIP screening targeted a cross section of influential people in society comprising senior government officials (such as current and former Ministers of State), Civil Society Organisations, Oil & Gas Companies, members of the Diplomatic Corp, Students, Traditional leaders and the media. The public screening on the other hand targeted the general public and it was screened at three different times on May 22, 2014.

The VIP screening was well attended and it was spiced up by a panel discussion and an open forum to provide the platform for experts and the audience to share their perspectives on the movie. The panel was composed of Rachael Boynton (Director of the Movie), Dr. Amin Adam (Africa Center for Energy Policy) and Franklin Cudjoe (IMANI Ghana). This session generated a lot diverse opinions and heated debate among the panelists and the audience. Whiles some believed the movie was propaganda tool to project the image of Kosmos, most of the audience expressed the movie provided good lessons for Ghana to strengthen its regulatory and legal frameworks and also commit to best practices in petroleum governance such as open contracting, good environmental management and efficient petroleum revenue management.

The film’s central story follows a small group of American explorers at Dallas-based oil company Kosmos Energy. Between 2007 and 2011, with unprecedented, independent access, Big Men’s two-person crew filmed inside the oil company as Kosmos and its partners discovered and developed the first commercial oil field in Ghana’s history.

Simultaneously the crew filmed in the swamps of Nigeria’s Niger Delta, following the exploits of a militant gang to reveal another side of the economy of oil: people trying to profit in any way possible, because they’ve given up on waiting for the money to trickle down.

So what happens when a group of hungry people discover a massive and exquisitely rare pot of gold in one of the poorest places on earth? Have a glance here.