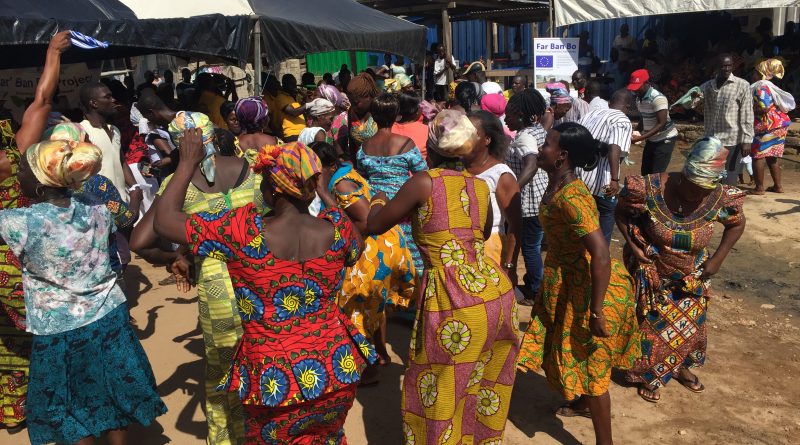 Some fishmongers at Abandze in the Central Region have expressed concern about the increasing quantity of juvenile fish sold to them in recent times.

At a forum for fishermen, fish processors and traders at Abandze, organised as part of activities to celebrate their annual Okyir Festival last Thursday, they said the size of fish was as small as one’s small finger and thought that was unacceptable and unprofitable. They advised fishermen to throw juvenile fish caught back into the sea.

“We are not happy buying and selling such fish,” Madam Elizabeth Koomson, who buys and sells fish, stated. She explained that such fish was difficult to process. “They burn in the oven and we get nothing’’.

The Konkohemaa (in charge of the fishmongers), Nana Ama Essoun, said selling such juvenile fish was unprofitable.
She advised the fish processors to support the closed fishing season for next year in support of efforts to help rebuild the sea’s resources. She said the education that had gone on should allow for ample time to prepare for the closed season next year.

Speakers at the forum, which was organised in collaboration with the “Far Ban Bo Project” being implemented by the Friends of the Nation, Oxfam and Care with support from the European Union, noted that it was time all stakeholders worked to rebuild the fisheries stocks.

Mr Kwesi Johnson of the Friends of the Nation (FoN) advised the fishermen to desist from all illegal activities that go to worsen the state of the fisheries resources.

The Chief fisherman of Abandze, Nana Arthur Norman, said the fisheries sector had provided jobs for many in the community and the country as a whole and it was important the sea and its resources were protected.

Alternative livelihoods
A project officer with the Friends of the Nation, Mr Philip Prah, said it was important for those whose livelihoods depended on the fisheries to look at alternatives to support them to help reduce their dependence on the sea.
He also sensitize the fisher folks on Village Savings and Loans Association model where groups of people can collectively save together and take loans from the savings to support their livelihoods.

There was a sketch on Illegal Unreported and Unregulated (IUU) fishing practices and the need to stop them.

Experts have continuously warned that fish stocks were at an alarmingly low state and called on all stakeholders to help restock the fisheries resources.